I feel quite fortunate in that I have been able to drive around most of this country with Alaska and New England being the only areas I have not visited yet. I am a fifth generation Californian and I am very proud of this fact and I think California is the most beautiful of all the states I have visited. That being said, Utah definitely ranks as the second most scenic state and I could spend weeks at a time traveling through it. We have spent days just trying to get out of Utah but there is something amazing around every turn that always seemed to keep us around a few more hours.

In April of 2011 I had an event to photograph in Tempe, Arizona and since it was close to Tanya’s birthday we decided we were going to spend a few more days in Utah, specifically in the Arches National Park area. We decided to stay in Moab the night before entering Arches and that is where we discovered Moab Brewery.

Moab Brewery is a brewpub that opened in 1996. I have to be honest here; I completely forgot visiting them until I happened across my photos on a hard drive while I was looking for pictures from a different trip. If it was not for the notes made in my original story I am not sure I would have a lot to say. From the photos I can tell I had a flight, but I would really be guessing at what it consisted of; you can look at the photos and probably guess as close as I can. My notes remind me that it was 2011 and back then I had yet to discover any beers from Utah that particularly impressed me. Apparently I liked the food a lot, and the beer was okay. But I have to remember that it was not all that long ago that finding a beer bar in Utah could be a challenge so the fact that there was a microbrewery way out in the middle of nothing but sandstone monuments in the middle of the desert was amazing in itself. It has been almost four years and I know my palate has changed and I suspect their brews or recipes may have changed some too; I am sure that the next time we visit that part of Utah we will return to Moab Brewery.

Back to Moab Brewery Photos
[Show as slideshow] 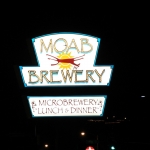 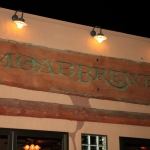 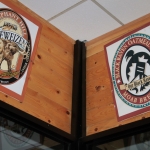 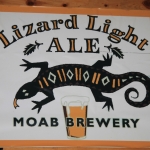 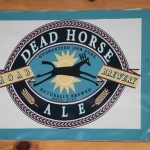 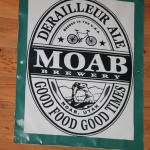 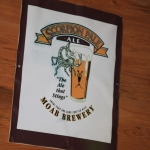 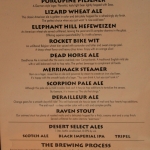 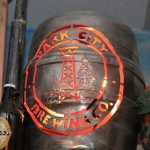 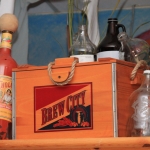 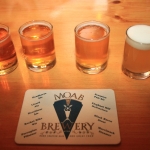 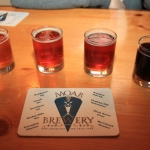 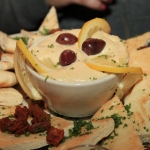 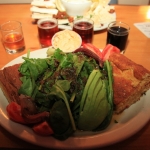 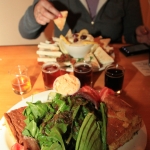 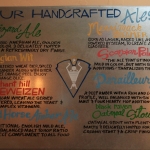 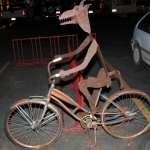 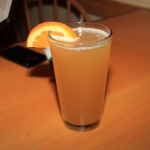 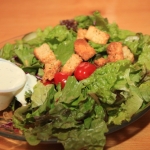 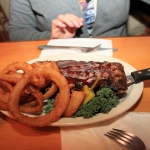 Back to Moab Brewery Photos