When it comes down to it, there is only one reason why American craft beer is taking off the way it is and that is because the people love it. In these days of the Internet (believe it or not, it wasn’t always here) and social media, people write on their Facebook pages or Twitter to talk about their passions; some even start blogs or other websites to promote these passions to others. Craft beer is no different; for as many new microbreweries as there are popping up around the country, it seems that there are at least a dozen people writing about each one. Some of us try to write about all of them.

Today, I went to Schooner at Sunset, a gastropub in Sunset Beach, to attend the LA Beer Blogger Summit #5. As the name implies, it was a gathering of a group of craft beer fans that have decided to promote the American craft beer or local craft beer scene. Due to another obligation I was only able to stay for the first 90 minutes, but by the time I left I would guess that there were 30-40 people there and more arrived after I left. It was a pretty impressive showing with blogs, social media and print formats being represented. Some people had large networks of craft beer related sites while others were there to learn a little more and make some connections. With the motto of Collaborate and Educate the LA Beer Blogger Summit has a lot of potential to do just that.

The networking event featured guests Jerry Kolbly and Evan Price of Nobel Ale Works, from nearby Anaheim, and live music by Aloha Radio. While Schooner at Sunset has a very nice list of guest brews on their taps, they were enhanced by some additions provided by Nobel Ale Works; Rosalita (Hibiscus Lager, 4.5% abv), Breakaway (Pale Ale, 5% abv), Big Whig (IPA, 6.8% abv) and Too Darn Hot (Habanero IPA, 6.8% abv). Since the event I had to go to was a food event I did not eat there this time (yes, I have been there before), but the food smelled great and the couple I was sharing the table with were very complimentary of it.

Even though I was not able to stay very long, I was able to meet a few new people, put some faces to the names of others and reacquaint myself with a few others; all in all a very nice way to network. I am looking forward to the next LA Beer Blogger Summit and hope that I am able to stay a little longer and meet more of my fellow bloggers.

If you are ever in the Sunset Beach area, cruising along Pacific Coast Highway, you might consider stopping by Schooner at Sunset. They are located on the corner of Pacific Coast Highway and Broadway at 16821 PCH. Their beer guy, Daniel Drennon, takes particular pride in their craft beer list, so you can be sure it will be good. They changed their menu since my last visit, but as the girl from Tennessee told me, it definitely has a “Southern flair.” It looked good from my vantage point. 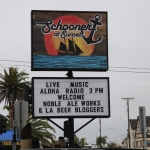 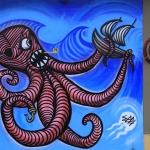 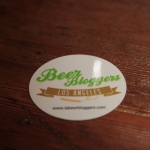 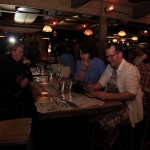 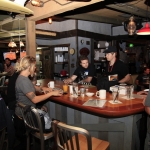 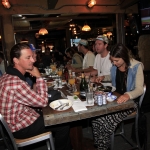 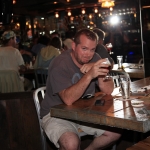 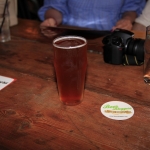 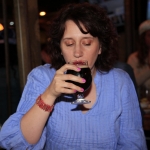 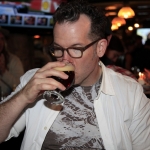 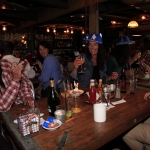 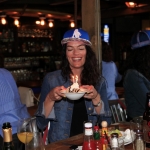 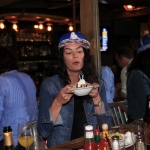 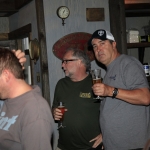 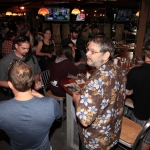 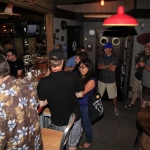 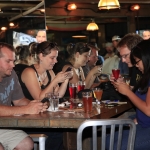 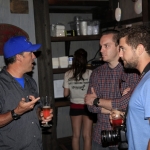 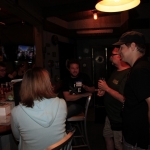