Last night we attended the monthly beer dinner held at Jimmy’s Bar & Grill in Redondo Beach, which featured beers from Avery Brewing Company to go along with the custom dinner menu prepared by chef/partner, Marc Dix. Avery Brewing Company was represented by their regional brewery rep, Christina Roberts who was more than happy to explain the history and nuance of each brew.

I know I have said it before, and I am sure this will not be the last time I write something similar, but of all the beer dinners I have attended, no one does it better than Marc Dix and his staff at Jimmy’s Bar & Grill. The primary reason, in my opinion anyway, is that Dix does not choose something off his menu and pair it with one of the available beers; he chooses the beer then tailors the dish around it so they complement each other. Since Wednesday was Ash Wednesday, the first day of Lent, and many people do not eat meat on that day, our meal consisted of different fish variations.

Last night began with a Joe’s Pilsner as a welcome beer which was followed with our first course; a delicious salmon with a sweet chili ginger glaze that was topped with a pineapple mango salsa. This was paired with a Raja Double IPA. The tropical nose of the Raja made perfect sense when paired with the salsa.

Our second course was a Hawaiian Poke with mango, avocado and pea shoots; this was paired with Liliko’i Kepolo. I have to admit, I remember looking at the menu ahead of time and seeing Liliko’i listed and not being particularly excited about it. Well, I don’t know what was up with the can I tried before, but on tap it was great and the tartness I did not recall experiencing before, went well with the tuna.

Our final course was a spicy curry with shrimp and vegetables on a bed of jasmine rice; to mellow out the spiciness we had The Maharaja, another double IPA, which borders on being a triple.

As I looked around, I started to notice a lot of boxes for leftovers appearing on the tables; ours included. People wanted to save room for dessert which was a walnut maple pie with vanilla bean ice cream paired with a Collaboration Not Litigation Ale, which was a collaboration between Avery and Russian River Brewing. As the story goes, Vinnie Cilurzo of Russian River Brewing and Adam Avery of Avery Brewing both had a beer named Salvation. Vinnie pointed it out to Adam, and instead of going to court over who owned the rights to the name and beer, they blended them and changed the name to Collaboration Not Litigation Ale.

If you have seen my photos from prior dinners at Jimmy’s Bar & Grill you may notice that a lot of the same faces keep popping up. The reason for that is pretty simple, once you go to one of Jimmy’s beer dinners, you want to go again. They hold these dinners on the second Wednesday of every month; you can get more details as they become available by Liking their Facebook page. Jimmy’s Bar & Grill is located at 2701 190th Street in Redondo Beach and they are open seven days a week. For those with families, they now have a “Kids Eat Free” option on Mondays; visit Jimmy’s Facebook page for details. Cheers! 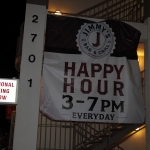 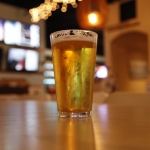 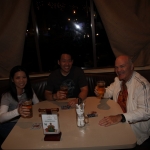 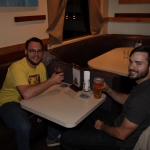 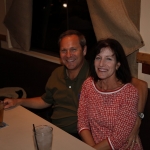 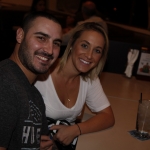 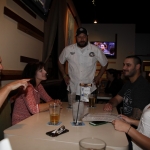 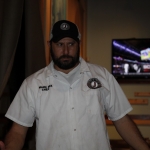 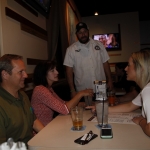 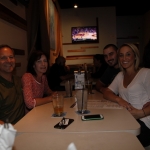 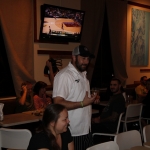 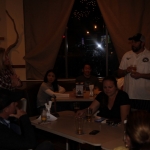 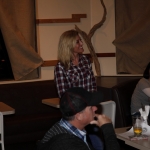 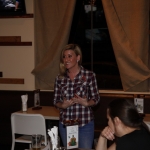 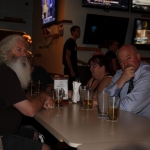 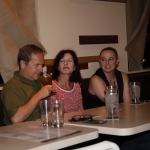