For those that have not take the time to read everything I have written on my beer experience growing up, suffice it to say that nothing my dad was drinking was worth swiping from the fridge. Being proud of my Irish heritage I loved the time I spent in San Francisco as it was so very Irish. As I spent my summers roaming the streets of The City I always saw signs for fish and chips and for Guinness. In my young mind I just put Guinness together with fish and chips, like peanut butter and jelly. The first time I went to San Francisco after turning 21 I headed over to Edinburgh Castle Pub on Geary Street for my first Guinness, served with fish and chips wrapped in newspaper. A lifelong love affair has existed since.

So, what brought that up? Well, it is St. Patrick’s Day and since I stumbled upon a couple samples of Guinness’s “newest” brews, I thought today would be a good day to share the experience.

I am sure someone is thinking, “But it’s not craft!” well, it tastes like craft to me. Besides, when you have been around 250+ years it is likely you are going to exceed whatever production limit the Brewers Association sets for being called craft. Besides, it is St. Patrick’s Day and even if you are not drinking a Guinness you are probably going to have a beer that is an Irish Stout or on nitrogen; and you can thank Guinness for those.

The two new beers Guinness is introducing are Dublin Porter and West Indies Porter. Now, these are not exactly new to Guinness, but they are new to North America. The Dublin Porter is very clean and easy drinking at 3.8% ABV. It is slightly sweet and the hops are very subtle. The Guinness Brewers Project used a recipe they found from the 1790s to modify it for today’s standards. The newer of the two was the West Indies Porter as this recipe was derived from one originally devised in 1801. It is pretty much more of everything when compared to the Dublin Porter. Rich body, smooth, lots of roasty coffee and chocolate flavors and a 6.0% ABV. I could have drunk that all night.

I met with my friend Todd Worley, the bar manager at the Steinhaus at Alpine Village to do the tasting and take the photos as he is also a big Guinness fan as shown by his extensive collection of Guinness glassware. Speaking of Steinhaus, they are having a big Lords & Hooligans St. Paddy’s Day Celebration there tonight with drink specials (Guinness and Irish whiskey), corned beef appetizers and live Irish Music. The event starts at 5:00 PM and there is no cover charge to get in.

Todd was one of several that asked me where one could buy the Dublin Porter and West Indies Porter, so I asked my contacts and was informed that currently they are only available in 18 packs that feature six bottles each of original Guinness, Dublin Porter and West Indies Porter. Apparently they are only available at places like Total Wine, Costco and other stores like that. If they catch on, then distribution will increase and you should be able to find them easier. Happy St. Patrick’s Day and sláinte! 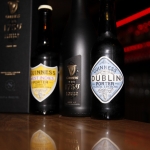 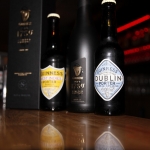 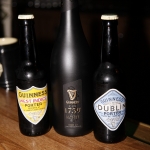 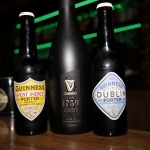 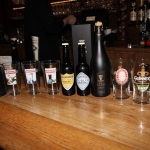 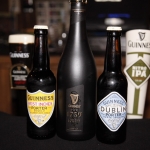 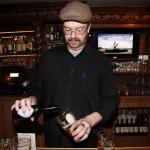 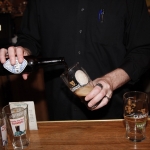 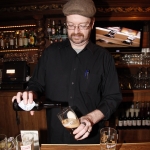 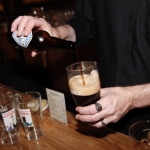 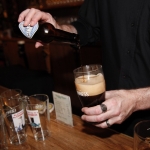 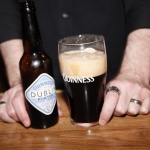 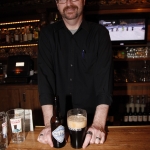 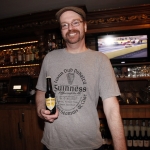 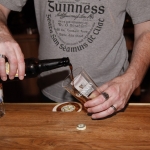 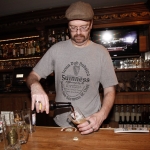 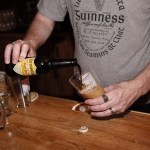 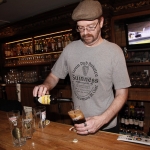 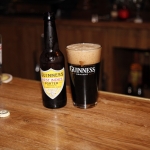 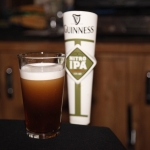