These photos were taken Friday at the 2nd Annual California Craft Beer Summit which was held at the Sacramento Convention Center. The day started off with seminars and panels covering various topics, such as understanding yeast, a preview of the taste panel training for cicerone hopefuls, how to build a beer list and how to discuss beer styles with uneducated customers.

After a few hours of education, the exhibit hall reopened with numerous vendors offering everything from hops and malts, to brew houses to canning machines and labels. Also, there were more panels and even some beer and food pairings for attendees to sample. A few of the local homebrew clubs were representing with a couple doing brews at the Craft Beer Summit. Of course, all the brewers guilds in the state were represented and providing samples to attendees.

Later in the afternoon a press reception was held, giving those of us in the beer press the opportunity to speak with a number of brewery owners; including David Walker, Laurie Porter and Natalie Cilurzo. This was immediately followed up by the Brewers Reception which gave participating California Craft Brewers Association (CCBA) an opportunity to take some time off to drink craft beer and visit with fellow members.

Once again, many thanks to HopSaint Brewing Company for the sponsorship; the summit was educational and fun to attend. Cheers! 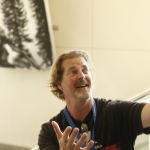 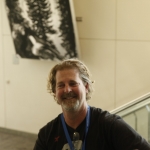 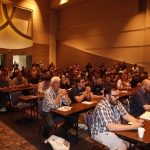 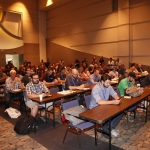 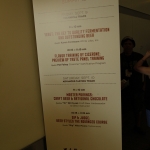 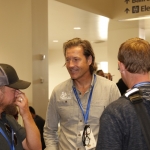 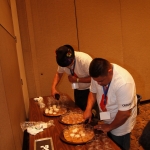 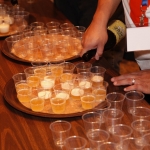 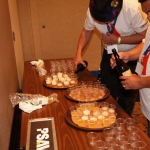 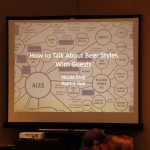 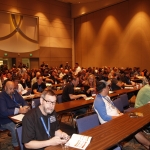 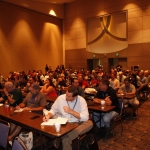 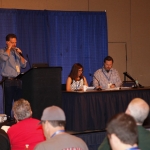 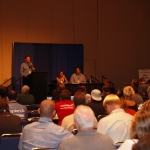 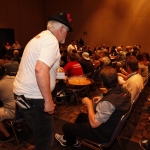 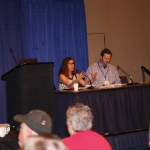 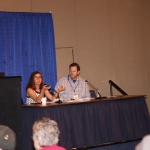 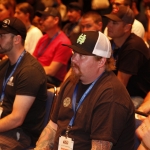 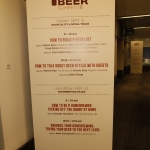 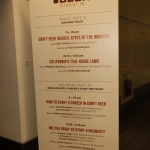