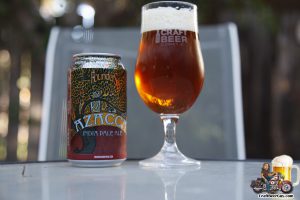 Founders Brewing Co. has announced the return of seasonal favorite, Azacca IPA, to its lineup. Available through March 2019, Azacca IPA features an updated can design that showcases the artwork inspired by the beer’s namesake and singular hop character. First introduced to the brewery’s seasonal lineup in 2016, Azacca IPA features Azacca hops from Yakima-based Roy Farms and celebrates the versatility of a single-hop in an American-style IPA.

Named after the Haitian god of agriculture, the Azacca hop has an intense tropical aroma with hints of citrus and mango. A touch of caramel malt gives a sweet backbone to support the righteous fruit character of this beer. Showing a burnt orange color and registering at 7% ABV, your taste buds will worship this heavenly, single-hopped delight. Azacca IPA is exclusively available in cans and on draft. The suggested retail price for Azacca IPA is $17.99 for the 15-pack cans and $8.99 for the 6-pack cans.

Established in 1997 by two craft beer enthusiasts—Dave Engbers and Mike Stevens—with day jobs and a dream, Founders Brewing Co. brews complex, in-your-face ales, with huge aromatics and tons of flavor. Founders ranks among the top 10 largest craft breweries in the U.S. and is one of the fastest growing. The brewery has received numerous awards from the World Beer Cup and the Great American Beer Festival and RateBeer and BeerAdvocate users often rate its beers among the best in the world. Located in downtown Grand Rapids, Michigan, Founders is a proud member of the Michigan Brewers Guild. For more information, visit foundersbrewing.com