Craft breweries along the 101: From Paso Robles to Agoura Hills

Day two of our craft beer tour started where we left off, Paso Robles. We knew that Firestone Walker would be a definite stop as the visitor’s center and brewery store would provide brews that we could not obtain at the taproom the previous night. Not wanting to appear too eager, we decided to see what else was available in Paso Robles that was open and new to us. We had places we wanted to revisit, like BarrelHouse Brewing, but no one seemed to open before 2:00 and I did not have that kind of time to spend in Paso that day. Tanya found the Downtown Brewing Company brewpub on her phone, so we headed over there only to discover that they were currently in a transition as far as brewing is concerned. Apparently they were brewing off-site but are preparing to begin brewing there; but that will not happen for another three months. They appeared to have a nice tap list but the same could be said for pretty much any bar I noticed in the area. We said farewell and headed back over to Firestone Walker’s visitor’s center.

While the Paso Taproom Restaurant offers many great options; we really wanted to pick up a few bottles that were not available at the taproom, such as XVII Anniversary, Parabola and Lil Opal. We were also able to sample a couple beers that we did not have time to try the night before. I do not think you can tell just how massive the Firestone Walker operation is after dark. The taproom/restaurant and the visitor’s center is maybe half of the operation. When walking around the facility we discovered several more large buildings including their Keg Shed, a shop for equipment repairs and hidden around the back, their brewery store. The store sells things like hats, shirts and home brewing equipment; it also houses a large cold box that is like the Holy Grail of Firestone Walker. Beers you cannot find elsewhere will be found back here; I highly recommend checking it out. We grabbed a couple bottles of Bretta Rose to bring home.

Our next stop was Pismo Brewing Company in Pismo Beach. Located a couple blocks up from the beach this microbrewery is a little different than others I have visited. To be honest, I am not exactly sure where the beer is brewed. I saw no brewing equipment and did not smell brewing going on. The tasting room looked like it may have been a cafe at one time; I honestly expected that it was going to be a brewpub. Our beertender, Bailey, was very nice but I do not know that craft beer is really her thing. Pismo Brewing is about four years old and apparently changes the names of their brews on a regular basis. We ordered a flight and tried their homebrewed root beer. Strangely enough, my favorite beer was their Bootlegger Blonde Ale. This is odd because I normally do not lean towards blondes but this was good enough to get a six-pack to take home; the root beer was good too. Pismo Brewing Company is located at 361 Pomeroy Avenue in Pismo Beach. They are open seven days a week and offer growlers and a couple varieties of their beers in bottles to take home.

After a short walk around Pismo Beach we headed south to Hollister Brewing Company, a brewpub in Goleta. I own a Hollister Brewing t-shirt but could not remember ever going there; up until we pulled into the shopping center parking lot. I then recalled that I had gone riding with some friends five years ago and we had stopped there for lunch. We decided to have a flight and a snack to hold us over until dinner. The flight ranged from the hefeweizen, to their porter, to their anniversary ale, a couple IPAs and their Tiny Bubbles Gose. All the brews were quite solid with Tiny Bubbles being my favorite. Hollister Brewing Company is located at 6980 Marketplace Drive in Goleta. Their food menu suggests they have daily specials so I will presume they are open every day although I cannot seem to find that information easily on their website. They do offer growlers to go, but that is the only way you are going to find their beers outside of the brewpub. I would definitely recommend Hollister Brewing Company without any reservations; they pretty much have something for everybody.

After fighting traffic out of Santa Barbara County we eased our way through Ventura and ended up at Ladyface Ale Companie, a brewpub in Agoura Hills. I visited Ladyface Ale Companie the first time a little over a year ago and was quite impressed. They have so many different styles of beer that a flight simply would not do, so we let our server create a rack of eight for us to share. There were Belgian-styled sours, saisons, a porter, a brown ale and a couple IPAs. The Chesebro IPA was my favorite by far and I understand it is one of their more popular brews. They have an extensive food menu to accompany the wide range of beers they brew onsite. Ladyface Ale Companie is located at 29281 Agoura Road in Agoura Hills and is open seven days a week, except for the major holidays. They currently offer growlers to go and have plans to begin bottling in the not too distant future. If you are stuck in traffic and in the area, pull off and relax at Ladyface; you will be glad you did. Cheers!

Back to Craft Breweries along the 101
[Show as slideshow] 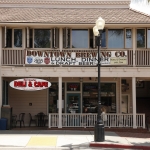 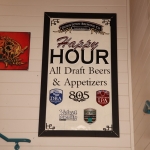 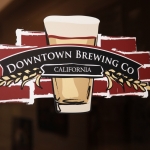 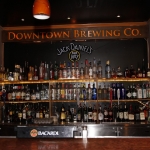 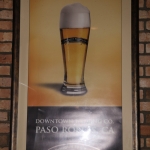 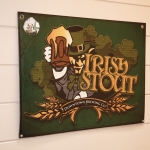 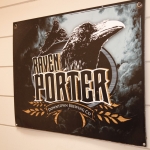 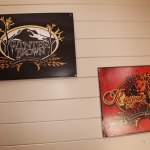 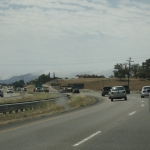 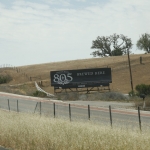 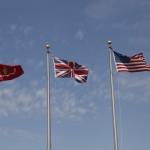 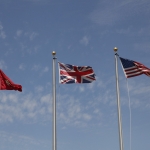 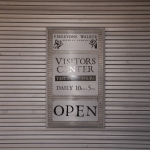 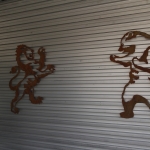 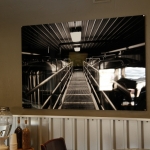 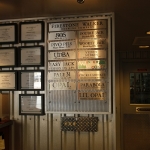 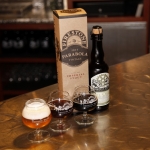 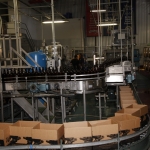 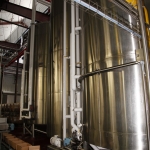 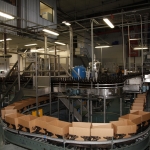