Last week I spent a few days in New Orleans photographing a trade show; in my free time I decided to seek out locally brewed craft beers, preferably from New Orleans but anything brewed in Louisiana would do. For those of you familiar with the New Orleans area, I was staying by the New Orleans Convention Center which is about a mile from the French Quarter.

When I first arrived on Wednesday afternoon I met up with a couple of friends and we walked over to Crescent City Brewhouse, a brewpub that is across the street from the Jackson Brewery building. Apparently Jackson Brewery was once one of the largest breweries in the country; I did not make it inside. Crescent City Brewhouse offered five of their beers on tap; a Kölsch (my personal favorite), a pilsner, a Vienna lager, a Dunkel Munich Lager and a hefeweizen. All five were solid beers but there were no IPA’s and hoppiness was pretty much nonexistent; the ABV’s of all five were pretty low. Our server said they all range from 5% to 6% ABV; their Untappd information only lists the ABV of the Kölsch and shows it to be a 4.5%.

I had the Alligator Sausage Poboy sandwich which was pretty good. Since our server gave the impression that he was pretty knowledgeable about everything craft beer related in New Orleans I asked him for suggestions on other breweries or brewpubs in the area that I should visit. In fact, I specifically asked about NOLA Brewing and was told that they were solely a production brewery with no tasting room. I found out later that our server was pretty clueless about the craft beer scene in New Orleans or he intentionally misled me. It was hard to say. Crescent City Brewhouse is located at 527 Decatur Street in New Orleans. It is the only brewpub I found in New Orleans; the prices are fair, the food is okay and I would say that their beers represent the Louisiana style fairly well. They are open seven days a week and do have growlers to go.

Luckily, when I returned to my hotel room I discovered that the social media person at NOLA Brewing had reached out to me on my Facebook page and informed me that they not only had a tasting room, but it is open seven days a week! While the tasting room was only about two miles from the hotel, constant torrential downpours prevented me from walking there with my camera. After taking the cab ride there I think it was a good decision as they are located off the beaten path and I am not sure I would recommend anyone to walk there by themselves.

I have to admit; when I got there I was pleasantly surprised. First off, the place is huge. They opened in 2008 and have three separate sections; a very large brewery, a canning and distribution area as well as their tasting room. On tap they had 15 different beers available. I wish I had more time to spend there, but I was able to try a couple of flights. They offer a wide variety of brews with blondes, pale ales, stouts, browns and several IPAs. I would say the thing that surprised me the most with their IPAs is that they do have a West Coast flair which [from my experience] is unusual to find in that part of the country. The Mechahopzilla Imperial IPA almost made me feel at home with the taste and respectable 8.8 ABV. While I try to avoid reviewing specific brews, preferring to concentrate on the brewery instead, I have to mention their Breakfast Brown.

New Orleans Lager & Ale (NOLA) Brewing is located at 3001 Tchoupitoulas Street in New Orleans and is open seven days a week. They do offer growlers to go and several of their brews are available in cans. This was definitely my favorite stop on this trip.

On Friday afternoon I decided to walk around the neighborhood the hotel was in; naturally, as soon as I was exposed to the elements the rain started pouring again. After ditching inside a market to get a plastic bag for my camera I decided to keep my walk short and close to the hotel. A couple blocks away I came across The Howlin’ Wolf. It is a bar and grill that also has an area in the back for live music. From the outside, it looks a lot like a dive bar; once you get inside you realize that it is a dive bar. To their credit, they have a very nice tap list of craft beers consisting of both local brews and other regional craft breweries. The even had a couple beers from Stone Brewing and Sierra Nevada available in bottles. The Howlin’ Wolf is located at 907 South Peters in New Orleans. They are open seven days a week, so if you are staying by the convention center and want more craft beer choices than you are going to find at your hotel Howlin’ Wolf is a good place to start.

On Friday evening I headed over to the French Quarter and Chartres House, which I guess I would describe as a Cajun gastropub. A block or two off Bourbon Street, this place was packed and noisy with great people watching. I ordered Red Beans & Rice for dinner and a flight of Louisiana brewed beers; Canebrake and Envie by Parish Brewing Company, Catahoula Common by Gnarly Barley Brewing and Juke Joint IPA by Tin Roof Brewing Company. I must say, I nailed it as far as the food pairing was concerned. Each of these beers was equally delicious with the Cajun style of food. Chartres House is located at 601 Chartres Street in New Orleans and I would not hesitate recommending it to anyone for both the food and the craft beer options.

After leaving Chartres House I headed to Bourbon Street for an event I had to photograph. As I was making my way through the crowds my eye caught a sign outside a bar that announced they had 100 beers on tap. I stepped inside and found myself at Beer Fest International Beer House, also known as Beer Fest I. Now, Beer Fest is not the typical craft beer place that I visit, but Bourbon Street in New Orleans is not exactly your typical “Main Street, USA” either. You are not going to find beer connoisseurs discussing their favorite brews, but you will find a lot of partiers. I met the area manager for Beer Fest and we talked as he gave me a tour of his operation. I mentioned the fact that a problem a lot of places with 100 taps suffer is dirty lines because the beers do not turn over fast enough. He chuckled and said, “This is Bourbon Street.” He then took me to the back room and showed me a couple dozen empty kegs from that day alone. At the time they had around 80 beers of tap with room to bring it up to the 100 advertised. They have plans to open a Beerfest II down the street in coming months.

Now, I must issue a caveat here. When I first came in I told the beertender that I was seeking a “big beer.” It became readily apparent that terminology in Los Angeles and New Orleans is not the same because I had to explain that a big beer was one that had a high ABV; I also explained that I would prefer something local. They did not have anything that fit the description, so I got a Brother Thelonious from North Coast Brewing Company. Yeah, it was a California brewery, but I have always enjoyed anything I had by them. After my tour of Beer Fest, I said I wanted to cash out. When I looked at my bill it was $19. I had to put on my glasses to make sure I was seeing it correctly. I asked if that was really accurate for one beer and was informed that they normally did eight ounce pours of Brother Thelonious and they gave me 16 (I guess because I asked for a big beer). My point here is this; if you are walking down Bourbon Street and want a choice in craft beers, Beer Fest is probably going to be your best bet. But if money is a concern, you had better ask the price ahead of time. I read Yelp reviews and it seems sticker shock is a pretty regular occurrence there.

It has been 27 years since the last time I visited New Orleans, I am pretty sure I will not wait that long for the next one. And do not believe all the stories you hear, there is more to New Orleans than crawfish and jazz; craft beer is alive and doing well. Cheers!

Back to Craft Beer in New Orleans Photos
[Show as slideshow] 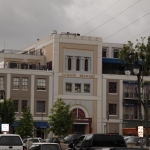 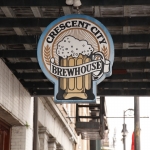 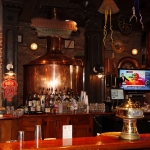 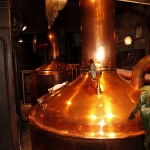 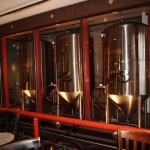 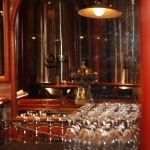 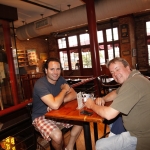 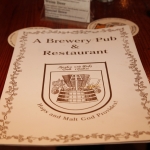 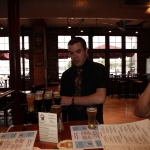 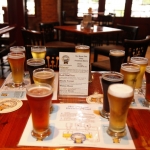 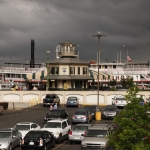 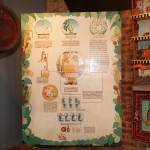 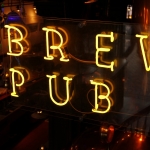 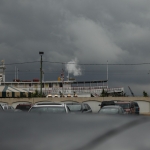 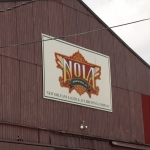 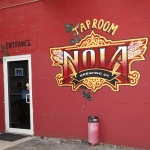 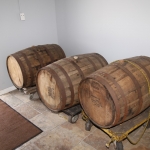 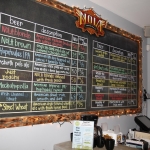 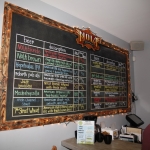 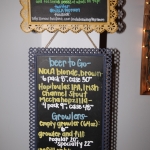