Earlier this week my fiancee and I decided to take an overnight craft beer trip to visit some of the breweries and brewpubs that we missed when we did our tour back in February. The reason was two-fold; one was that I had some reward points from La Quinta Inns that were going to expire and my fiancee has developed an affinity for barrel-aged beers and there were a lot at Firestone Walker that she wanted to sample and purchase. Who am I to deprive her of such deliciousness; after all, happy wife, happy life.

We started off by heading to Solvang Brewing Company, a brewpub located in downtown Solvang. It has been a couple years since I went there but at the time they were just opening and were not yet brewing their own beer. I figured it would be a good stop because we could try some new brews while getting some food at the same time. When we do these craft beer tours we rely a lot on the Internet and there is nothing that irritates me more than to discover that a brewery has ignored the importance of the Internet. Especially since California is a craft beer destination; simple matters like ensuring the correct information is listed on Google Places as well as correct information on their websites. The reason I mention this with Solvang Brewing is that Google Places said they did not open until 5:00 PM whereas the Solvang Brewing website clearly stated that they are open seven days a week from 11:00 AM until 2:00 AM. I was more than a little irritated when we arrived around 1:00 PM to discover that on Wednesdays they do not open until 4:00 PM! It will probably be a while before I give them another chance.

We got back in the car with the intention of going to Buellton and visiting the Firestone Walker Taproom since they have a restaurant to go along with their great brews. To my chagrin they too were closed, for remodeling; and the Barrelworks next door was closed until Friday. This trip was not off to a great start; luckily, Figueroa Mountain Brewing Company was across the highway and things started looking up.

While Fig Mountain does not offer food other than free pretzels they do have a lovely assortment of brews and will certainly have pretty much something for every palate; pilsners, lagers, barrel-aged, IPAs, kolschs and more. Our beertender Andre set us up with a few flights so that we experienced much of what they had on tap. While we still desired food, at least the Solvang Brewing experience got pushed to the back of my mind. Figueroa Mountain Brewing Company is located at 45 Industrial Way in Buellton. They have outside as well as inside seating and offer growlers and bottles to go. This is a great stop and from what I heard, we can expect some new things from Fig Mountain in the coming months.

While our thirst had been quenched, there was still the matter of food so we continued our way up north and stopped in San Luis Obispo to visit a couple locations that were new to us; the first being SLO Brewing Company. SLO Brew is a brewpub that offers a fairly wide variety of dishes including fries, nachos, pizzas, burgers, pork chops and more. They have a pretty wide variety of beers brewed there as well as a small guest tap list. We split a flight of four including their Reggae Red, Imperial Reggae Red, Irish Stout and IPA. I found the IPA to be the one I enjoyed the most. SLO Brewing Company is located at 1119 Garden Street in San Luis Obispo and they are open seven days a week. They offer growlers to go.

While we were at SLO Brewing a friend contacted me on Facebook and suggested I take a walk over to Creekside Brewing Company as he is friends with the owner. Since it was only a block away, and San Luis Obispo is quaint in that area we took him up on his suggestion. They offered about eight different brews on tap but nothing really stood out for me except their Blackberry Sour; it was okay. I did not spend a lot of time there as the day was getting late and we really wanted to get to Paso Robles before Firestone Walker closed. The one thing I did take away from the experience is that they have a bottle share every Wednesday evening. I have to think that with all the outstanding craft breweries in the area the bottle shares must be extraordinary. If you are in San Luis Obispo on a Wednesday night, you might want to check it out. Creekside Brewing Company is a brewpub located at 1040 Broad Street in San Luis Obispo and they are open seven days a week.

Our final destination for the day was the Firestone Walker Taproom in Paso Robles. I am really not sure what to say about Firestone Walker that has not already been said 100 times (or more) over. The Taproom is the restaurant portion of the Paso Robles operation and this is where you can find such brews as Stickee Monkee on tap and get bottles of Parabola to enjoy with your meal; or dessert, which is what we did. It was the perfect nightcap to a long day and we were able to add to our personal stash of Firestone Walker’s barrel-aged brews. Firestone Walker’s Paso Robles taproom and restaurant are open seven days a week. They are located at 1400 Ramada Drive in Paso Robles. When you read my article from the next day you may decide to get there early (they open at 11:00 AM) or make it a two day event. Cheers! 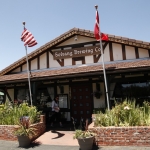 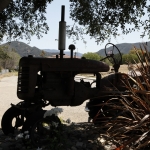 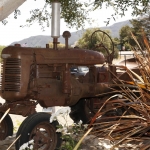 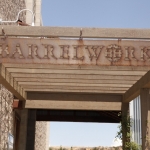 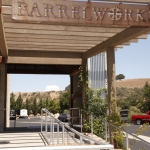 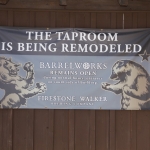 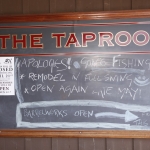 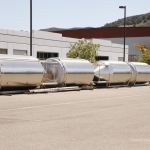 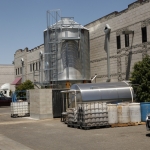 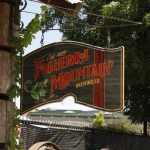 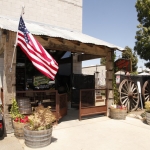 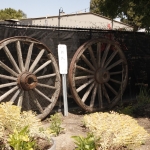 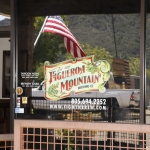 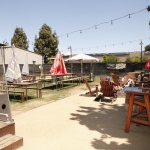 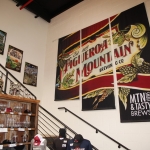 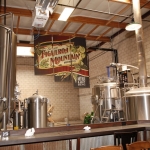 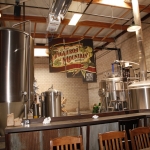 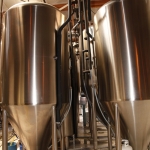 One Response to Craft beer from Buellton to Paso Robles