These photos were taken Saturday afternoon at El Segundo Brewing Company, where they celebrated seven years of brewing some of the most hopcentric beers in the South Bay. The celebration featured pretty much everything you would expect to find at a birthday party for a seven year-old; party favors, hats, a barbecue that you could smell for blocks around, birthday cake, a balloon artist and beer, lots and lots of beer, 23 of them to be exact.

In addition to the beer, Bartz Barbecue offered plenty of their meaty plates for those seeking food, and Big Red Entertainment kept people entertained with their very extravagant balloon animal hats. Whoever chose the birthday cake should be commended as this “pie guy” thought the cake was delicious, and I know I was not alone.

As no brewery anniversary would truly be complete without an anniversary beer, El Segundo Brewing did not disappoint. Their Sietes de las Suertes Double IPA is delicious and everything you would expect from an El Segundo Brewing IPA; it is available in bottles or on tap at the production brewery’s tasting room. They also offered Hyperion’s Sheet Cake on cask, but I would be surprised if it made it through the night.

Congratulations to Rob Croxall, Tom Kelley, and the entire El Segundo Brewing Company staff for a great seven years. I know I am not alone in looking forward to seeing what the next seven years brings. Cheers! 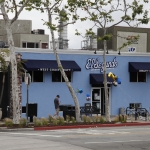 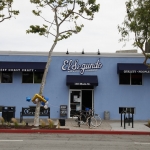 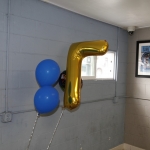 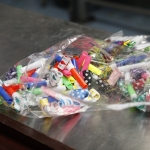 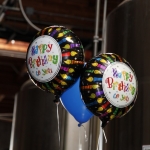 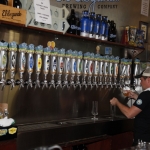 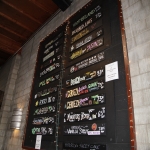 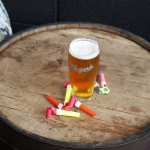 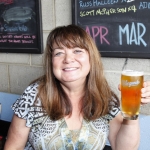 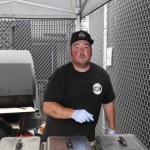 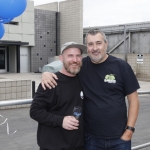 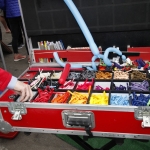 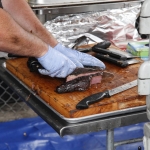 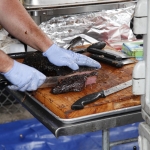 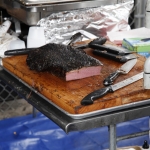 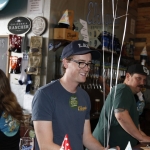 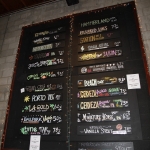 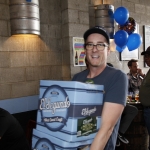 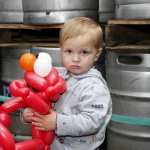