Last Friday, Culture Brewing Company of Solana Beach in San Diego County, opened a satellite taproom in Manhattan Beach. This marks the first time Manhattan Beach has had a brewery or brewery taproom since Brewco Manhattan Beach stopped brewing back in 2007 or 2008.

One might think that this is a weird time to open a taproom with to-go beers only, and I am pretty sure Culture Brewing would agree; the thing is, this has been in the works for two years now. Apparently it was one of the South Bay’s best kept secrets. To be honest, if it were not for a Craft Beer Guy follower on Facebook, I probably would not have been aware that they were opening up here.

Sadly, the Culture Manhattan Beach location does not have a kitchen, so for the time being they will be limited to selling beer and merchandise from the large storefront. It is a real shame, because if not for this COVID B.S., Culture Brewing would probably be packed in what will eventually become a nice spacious tasting room with 30 taps.

However, it is 2020 and everyone is dealing with the rules set up by Los Angeles County, so for the time being Culture Manhattan Beach is selling cans, bottles, crowlers and growlers to go; they also have Culture Brewing merchandise available for purchase.

When I was there they had eight beers available on tap, four canned beers, two hard seltzers in cans and two bottled brews (a wild ale and Flemish red ale).

Culture Manhattan Beach is located at 327 Manhattan Beach Boulevard in Manhattan Beach. They are open Wednesday through Sunday from noon to 7:00 PM. As of today there is no signage, so look for the big blank white space where a store name should be. They are just west of Morningside Drive, on the north side of the street. Cheers! 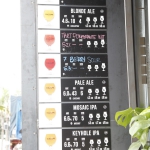 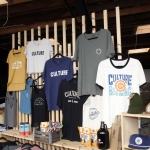 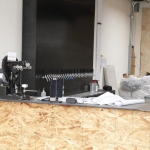 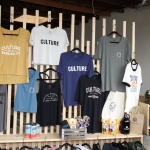 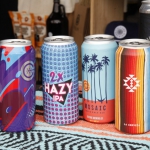 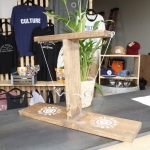 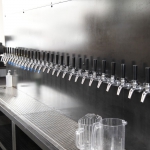 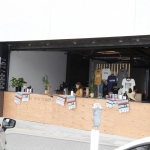