On Sunday afternoon, El Segundo Brewing Company held their Crude, Cocoa and Donuts Christmas Party along with their Second Annual Ugly Sweater Contest. The event was held in conjunctions with the El Segundo Main Street Christmas Parade, which took place right outside the door to the tasting room.

Crude, Cocoa and Donuts featured the return of Bourbon Barrel-Aged Standard Crude, as well as Standard Crude on Cask along with all the other wonderful brews currently on the El Segundo Brewing Company tap list. For the kids there was free cocoa along with cinnamon and sugar donuts. Rumor has it that these paired well with the Standard Crude; I would not doubt it.

The Ugly Sweater Contest first place winners Matthew McIvor and Jennalee Infanto won a penny growler fill for every month of 2015, a set of glassware and an ESBC shirt and hat. Second place winner Z Dewart won a penny pint for every week of 2015. I took third place winning a tour and tasting for four; stay tuned on this as I will come up with a contest to share this prize with people that have installed the Craft Beer Guy mobile app or follow the Craft Beer Guy Facebook page. Cheers!

Back to Crude, Cocoa and Donuts at El Segundo Brewing Company
[Show as slideshow] 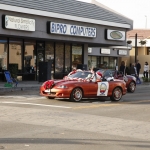 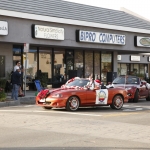 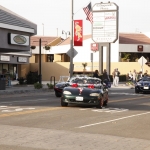 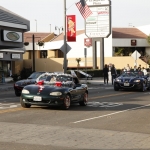 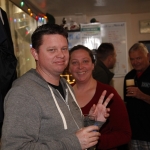 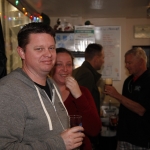 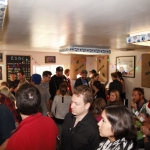 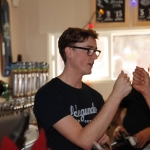 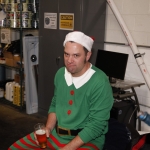 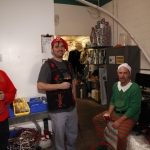 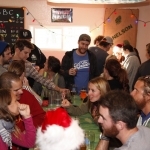 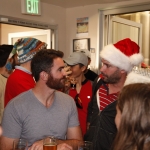 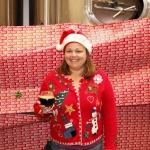 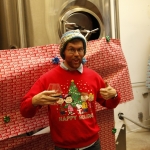 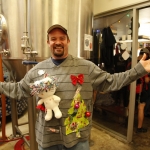 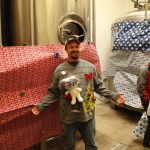