Over the past two years I have spoken before multiple planning commissions in support of the issuance of Conditional Use Permits for a few of the recently opened brewery tasting rooms in the South Bay. While each speech has been tailored around the city, brewery and prior experience, there is one comment that has remained the same in each. Strangers become acquaintances then friends as a result of American craft beer. Anyone that has spent time in the numerous tasting rooms around here will likely nod in agreement; it is something I see and experience on a regular basis.

Two weeks ago I was at the Holiday Bottle Share put on by Chad Hazen and King Harbor Brewing Company benefiting the Richstone Family Center. While I was there I was approached by one of the attendees, April, that I have seen around but had never really talked to. April informed me that she and her husband Keith were having a bottle share and they invited me to attend. These photos are from the bottle share that was held last night.

When I was traveling there I really had no idea if I was going to even know anyone other than Keith and April, but I figured craft beer people are good people so I had nothing to lose. When I arrived I discovered that a good number of the attendees were members of the Crude Brew Crew Home Brewers Club, many of which I have become pretty good friends with over the last few years. Also in attendance was “Uncle” Jeff Mitchell, who is preparing to move to North Carolina in a couple of days; in fact, by the time you read this he may have already left. It was then that I learned that the bottle share was a going away party for Uncle Jeff as well as a birthday party for April.

In addition to the great beers that found their way to the bottle share, April and Keith provided some very good food, including some great pulled pork that had been smoked for more than 24 hours. As it turns out, Keith likes to rebuild and restore pinball machines and it turns out that pinball is pretty popular among craft beer drinkers; who knew?

It was a very fun event and I would like to thank April and Keith for the invitation and to the rest of the attendees for sharing their favorite brews. Like I mentioned above, strangers become acquaintances then friends as a result of American craft beer. Good luck to Jeff in his new location and happy birthday to April. Cheers! 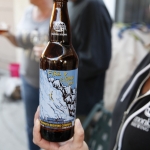 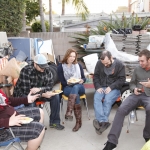 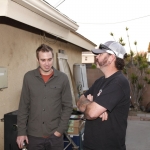 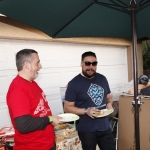 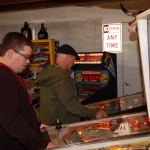 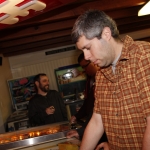 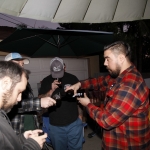 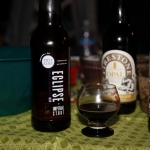 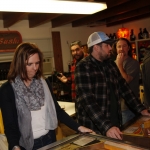 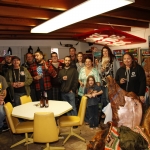 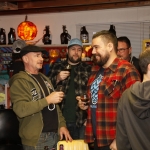 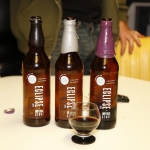 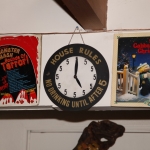 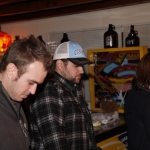 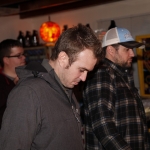 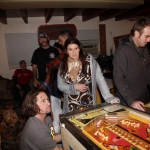 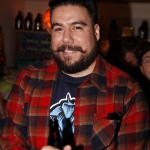