As I mentioned in my last article, I went to Sparks to bury my good friend, George. I did not bother using Google to check out the craft beer scene in Sparks because I did not know how much free time I would have; besides my friend Jon Urch had gifted me a bottle of Leafy Greens from Revision Brewing a couple months ago, so I had a good idea where I was going to head after the reception.

The reception after the funeral was held at Paddy & Irene’s Irish Pub, which meant nothing to me at the time but when I pulled into the Victorian Square parking lot I immediately got the feeling that George was looking out for me as right across the walkway from Paddy & Irene’s was Great Basin Brewing Company.

The Great Basin Brewing location I visited is a brewpub and is Nevada’s largest and oldest craft brewery. They opened the Sparks location in 1993, with a second brewpub being opened in 2010 and a production facility for bottling in 2012. While I cannot say that the Great Basin name was readily familiar to me, their Icky – Ichthyosaur IPA was a name that I was familiar with. In fact, when I first walked in Paddy & Irene’s the first thing I noticed was a poster for the Icky IPA; unfortunately, all they had was the poster.

As I was bouncing back and forth between the reception and Great Basin, I did not get to experience the food, but the menu looked outstanding with a wide variety of foods from pretzels and wings to salads, burgers or grilled salmon. However, this time I was there solely for the beer.

Chatting to a regular, he said he came to Great Basin for the lagers. I perused the 19 options available to me and saw no lagers so I set up a flight of their Nevada Gold kolsch, Ichthyosaur – Icky IPA, Outlaw Milk Stout, and Tectonic Event DIPA. Their IPAs were definitely my favorites.

The Great Basin Brewing Company location I visited is located at 846 Victorian Avenue in Sparks. They are open seven days a week and have growlers, crowlers, bottles and cans to go.

Less than a mile down the road is the newest Nevada brewery on my radar, Revision Brewing Company.

If you are not familiar with the name, do not feel too bad as they only opened in early May of this year. The main reason I had paid attention to them was because one of the founders is Jeremy Warren, founder and former Brewmaster at Knee Deep Brewing, who left Knee Deep in July of 2015. Having spent a few hours at Knee Deep I had a pretty good idea of what to expect at Revision; lots of hoppy, west coast style IPAs. I was not disappointed.

Like Knee Deep, the production facility is huge with a 20 bbl brewhouse in a 30,000 square foot warehouse. They have lots of extra space for expansion, and they want to experiment with sours and barrel-aging.

Also like Knee Deep, Revision is deep in IPAs. Of the 15 brews available when I was there, there were nine IPAs ranging from 6.5 to 11.3 ABV. I immediately made a note of what I would get to go, and set upon setting up a flight consisting of Alpha Point Pale Ale, Revision IPA, Darkling Stout, and What What Imperial IPA. I am not going to try and figure out which beer was my favorite, I am just sorry that I did not bring more home with me. If you care about my opinion of each, you can find that on my Untappd page. In a nutshell they all rocked and I think Revision Brewing is a name you will know soon enough, if not yet.

Revision Brewing Company is located at 380 S. Rock Boulevard in Sparks. They are open seven days a week, have a dog friendly patio, and sell bottles, cans, and crowlers to go. Cheers! 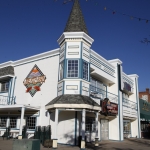 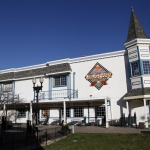 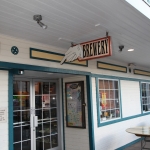 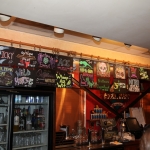 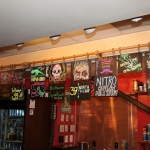 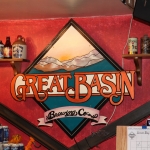 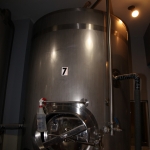 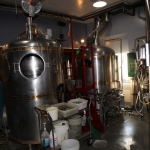 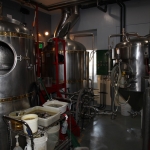 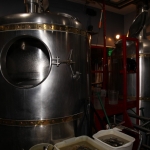 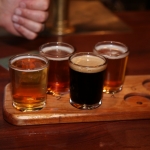 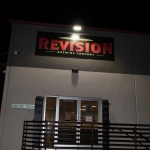 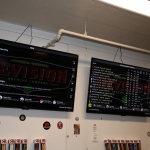 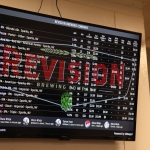 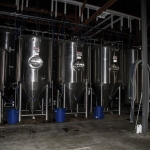 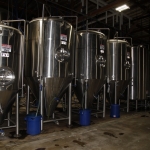 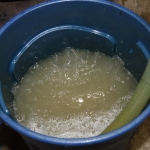 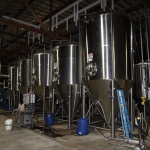 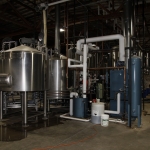 One Response to Craft Breweries of Sparks Nevada