Back in 2012, I was at a craft beer festival where I met a Hangar 24 representative that invited me to take a tour of the Hangar 24 brewery in Redlands. Since this was in June, I figured that I would probably wait a while since Redlands can be pretty hot in the summer. In the meantime the craft beer movement around the South Bay suddenly exploded. Whenever I thought about driving the 80+ miles to Redlands, there always seemed to be a closer craft beer distraction that kept me from making the drive. On top of that, there was not a lot going on out there that I was aware of.

In the following years Redlands had their own craft beer explosion with the inclusion of Ritual Brewing at the end of 2012 and Escape Craft Brewery in 2015. Donkey Punch Brewing also opened in 2012, but never seemed to grow legs; I hear they may be closing soon.

Anyway, last August I ran across Escape Craft Brewery at the BEERS Summer Fest and was impressed enough that I now had three breweries in the same general vicinity that I wanted to visit; so Friday I made that happen.

Our first stop was Hangar 24 Craft Brewery (Location A on the map). I have to say that my first impression was that it was a lot smaller than I expected. Hangar 24 is a production brewery that has been open since 2008 and it seems like you can find their beer just about anywhere, so I really expected a massive facility. As you can tell by the photos, it is not all that big. That being said, they do have some massive fermenters and brite tanks. I was informed that Hangar 24 brews 24 hours a day, which makes sense considering their smallish size and large production.

Since 2012, when the tour invitation was extended to me, things have changed a little in that you cannot make reservations for a tour; but if you are there at the right time (between 2:00-6:00 PM I was told it best) and there are enough people to pour, someone will give you a tour. Ashley took time out of her day to give me a quick personal tour of the brewery as well as the canning and bottling lines. I could not help but notice that there were some pallets of crowlers sitting around, so you should be able to get those before too long at the brewery; they will also be doing canning, but I could not tell if they were 12 or 16 ounce cans and Ashley did not really know.

The tasting room does not seem to really encourage flights as they are served in small plastic shot glasses; it reminded me of going to a beer tasting at Total Wine. They do offer half pours which are served in glass.

Our next stop was Escape Craft Brewery (Location B on the map). If I thought Hangar 24 was small, it was gigantic in size comparison to Escape. That being said, I really enjoyed their wide selection of beers. We had a flight consisting of their Redlands Nights, Midnight Express, Shreddin’ the Gnar and 42 Wallaby Way, each of which may have been better than anything we tried at Hangar. Considering they are using a 5 bbl brewhouse and have to ferment in their cold box, they are doing an impressive job.

Looking around the tasting room one cannot help but notice how the owners, Josh and Melissa Fisher are using a lot of travel related artifacts in the tasting room, not only as decorations but as functional items; such as tables made from doors from an old hotel and airplane seats and windows.

Melissa Fisher sat and talked with us while we enjoyed our brews, explaining a little of how they got to where they are and the growth they hope to experience. Melissa wants everyone to know that Escape will be celebrating their one year anniversary on February 6 from 1:00-9:00 PM at the tasting room. There will be food and live music and everyone is welcome.

Escape Craft Brewery is located at 721 Nevada Street in Redlands and is open every day except Monday. They open at 2:00 PM on weekdays and noon on the weekends.

Our last stop was Ritual Brewing Company (Location C on the map). I guess with 4,000 breweries in the country I should not feel too bad that I confused Ritual with another brewery that I thought was a brewpub. As I drove up and down the street looking for some indication where Ritual Brewing was located, I kept thinking that this was the worst location for a brewpub ever. When I eventually noticed the address on the building (it is on the northwest corner of Lugonia Avenue and Research Drive) and entered I quickly realized that this was not a brewpub, but rather a massive production facility. They have 23,000 square feet and a 30 bbl brewhouse and enough room to probably fit Escape and Hangar 24 and still play cornhole.

Shortly after we sat down with our Hophead Flight, VP of Sales Steve Garcia approached us asking what we thought of the beer. After a short conversation he brought out co-founder Owen Williams who we chatted with for a while.

I could not help but notice the various barrels that were stacked around the room; Williams assured me that they were all full and included five different woods. When I asked about the possibility of Ritual doing sours in the future, I got the impression that the only way that is going to happen is if they get another facility for that.

Ritual Brewing Company is located at 1315 Research Drive in Redlands and is open every day except Monday. They open between noon and 2:00 PM, depending on the day of the week; check their website for specifics.

Since we came to Ritual for food and they had none I asked Williams for a recommendation; he sent us to Mill Creek Cattle Company. If you enjoy barbecue, it is very close to Escape and Ritual and they have pretty good food. Cheers!

Back to Redlands Craft Beer Tour Photos
[Show as slideshow] 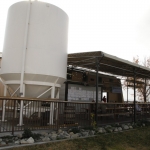 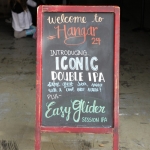 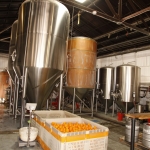 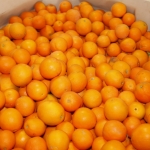 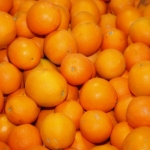 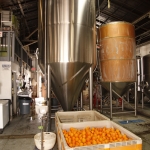 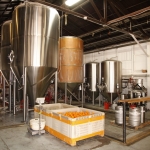 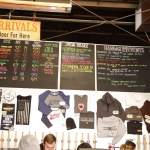 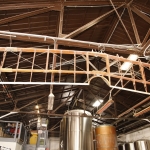 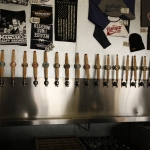 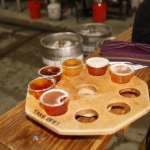 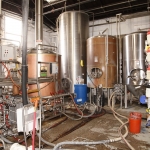 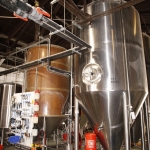 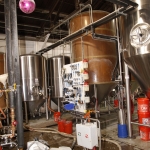 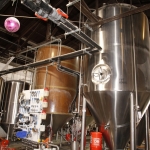 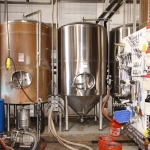 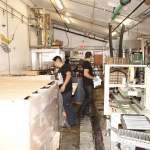 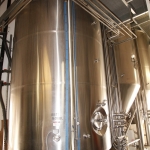 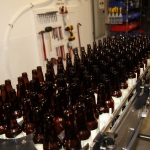 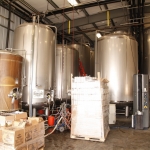