Thursday evening the Business & Beer networking group met at the newest craft beer location to open in the South Bay, HopSaint Brewing Company, a brewpub in Torrance. They had a very nice turnout with attendees rotating in and out throughout the evening. Most of the attendees had never been to HopSaint before so it was nice to be able to introduce them to what will inevitably be a Torrance favorite in no time at all.

HopSaint is still in their soft-open phase but it would be tough to notice that once you try one of Brian Brewers’ five brews; Eleven-Eight ESB, Get Out of the Way IPA, Pure Intention Pale Ale, Bubble Butt Blonde and Illumination Pilsner. The Pure Intention is a hophead’s dreams.

Their food menu is still turning out some delicious dishes with the barbecue ribs, an off-menu special, definitely being a crowd favorite among those attending the event. Of course, the hamburger and deviled eggs seemed rather popular as well. What you should take away from this, is always ask what the food specials are, the ones we have tried have been outstanding.

The Business & Beer networking group meets at a different brewery or brewpub in the South Bay area on the second Thursday of every month from 6:00 to 8:00 PM. There are no dues or membership requirements; just a desire to network and an appreciation of American craft beer.

2016 should be a great year to follow Business & Beer if you have not started yet. Including the addition of HopSaint to the Business & Beer rotation, we expect to add Scholb Premium Ales, Cosmic Brewery and possibly Rubens Distilling & Brewing before the year ends. The February gathering of Business & Beer will be held at The Dudes’ Brewing Company in Torrance. Since our last visit there they have gotten a new brewer with several new beers. It will almost be like a first time visit for many of you. Cheers!

Back to Business & Beer at HopSaint Brewing Company
[Show as slideshow] 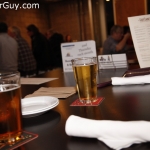 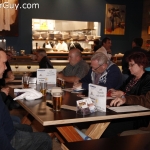 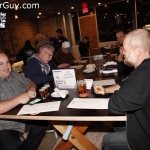 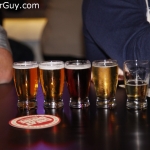 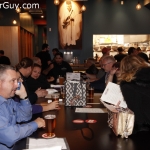 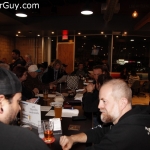 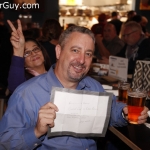 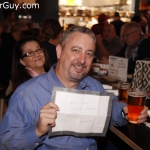 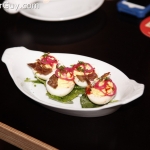 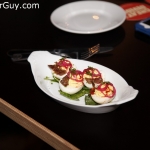 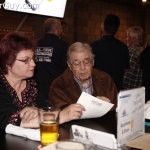 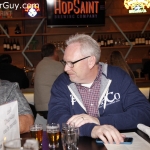 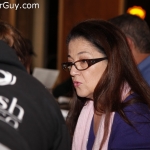 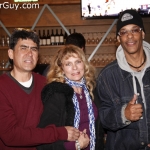 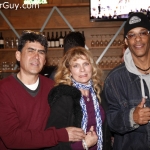 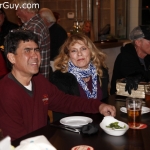 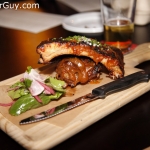 Back to Business & Beer at HopSaint Brewing Company