These photos were taken Thursday afternoon, September 30, day 16 of my Craft Beer Tour 2021, when I revisited Eugene, Oregon. This time I spent my time at Hop Valley Brewing Company and Manifest Beer Company. I had planned on leaving Oregon City on Wednesday, but my presence was an asset for my friends, so I hung out another day.

I set my sights for Eugene as I wanted to visit a friend I had not seen since my visit in 2018; our plans were to meet for lunch and a beer at Hop Valley Brewing. When I pulled into their parking lot I noticed a text message suggesting I would be doing this visit solo due to illness.

It was a pretty day in Eugene, which may have accounted for why while I arrived there shortly after opening time, and they were still setting up tables on the patio, there was a line of people waiting to be seated.

Hop Valley Brewing is a brewpub that was established in 2009 and now has two locations, with the production brewery and tasting room being in Eugene, with a brewery and restaurant in Springfield.

After getting permission to take some [limited] photos, I grabbed a seat inside (so I would be able to work on my phone without battling the sun), and ordered up a flight with a hop pretzel. With 21 beers available on tap, choosing six for a flight would be my toughest job of the day (so far). I opted for their Alphadelic IPA, Blonde Ale, Citrus Mistress IPA, Alpha Centauri IPA, Cryo Stash DIPA, and Rico Guave. Alpha Centauri and Citrus Mistress were my favorites and earned a ride home in one of my coolers.

While I was enjoying my pretzel and beers, deeply involved in my note taking, I heard the five words I love hearing the most when traveling “Are you Craft Beer Guy?”

I looked up to see a young man that introduced himself to me as part of the Hop Valley Brewing social media team; apparently they had noticed some of my Instagram photos. After a little chat and them gifting me a t-shirt, I asked if it would be possible to grab some photos of the brewing operation without being behind a window. My request was granted, and while I could not get into the belly of the beast, it was obvious that Hop Valley Brewing was one of the largest operations I had seen on this journey.

The Hop Valley Brewing Company location I visited is located at 990 W. 1st Avenue in Eugene. They are open seven days a week, have an extensive food menu, and offer cans and crowlers to-go.

Typically when I do these craft beer tours I fly by the seat of my pants; by that I mean I rarely know where I am going to be, much less when I will be there. It was the most difficult part about using AirBNB, I had to forfeit one night’s prepayment because they don’t offer refunds and I was not where I thought I would be. When I do know where I will be, I will often reach out to the brewery I plan on visiting to get permission to photograph things like the brewhouse. Sometimes the brewery responds, many times they do not. Since I knew I would be in Eugene and I would want to visit more than one brewery, I set my sights on Manifest Beer Company as they had responded to my inquiry.

If I have my facts right, Manifest Beer Company open in 2018, but the tasting room may not have been sufficient; in the last year or so they opened a second location down the street where you can sit down and enjoy a beer with some food options. This new location used to be a Starbucks, so you know it is a nice airy location, close to a corner. This is where I met co-founder/brewer/chief bottle washer Brandon Woodruff, who seemed to know who I was as soon as I walked in the door.

Like they say, timing is everything and the timing for this visit probably could have been better as there were multiple hiccups that day, including six out of twelve taps being out of commission and a shortage of aluminum cans which had Woodruff apologizing for not being able to take me down to the brewery but he had priorities that had to be attended to. Luckily, Manifest had good beers, friendly customers, and a pleasant view of a quaint downtown Eugene.

While there were only six taps pouring, a flight consists of five pours, so my job was pretty easy this time. I opted for their Unconventional Ladders: El Dorado IPA, Dank SAP IPA, Drip: Blueberry Birthday Cake, Imminent Haze DIPA, and Drip: Mosaic Peach Sour. While I probably expected Dank SAP to be my favorite, Imminent Haze and the two sours were outstanding. If it had not been for their aluminum can shortage I would have some in my fridge now.

The Manifest Beer Company Broadway Public House is located at 39 W. Broadway in Eugene. They are open daily, have a dog friendly patio, and usually offer cans and crowlers to-go.

It would not have taken much convincing to get me to hang out longer, but I needed to investigate somewhere I had never been. Next stop Medford. Cheers!

Back to Photos from Eugene, Oregon
[Show as slideshow] 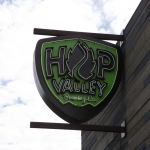 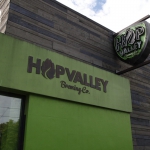 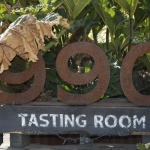 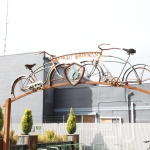 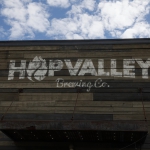 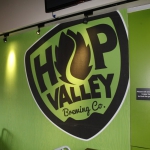 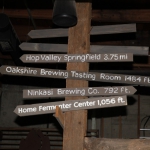 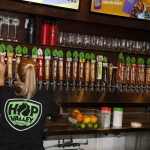 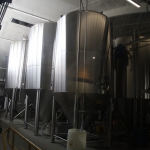 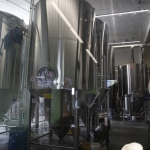 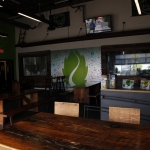 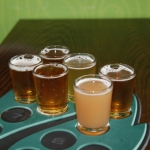 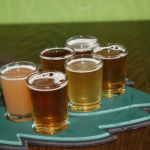 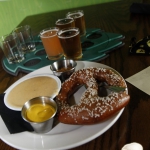 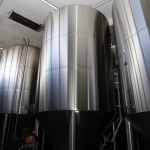 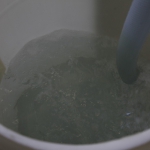 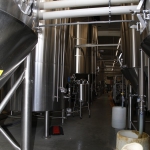 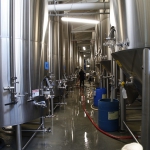 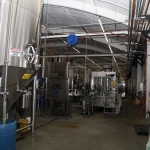 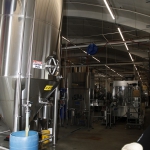 1 2 ►
Back to Photos from Eugene, Oregon