When I arrived in Chico for the Hop Harvest Festival at Sierra Nevada, I had some decisions to make; primarily, where would I go from here? Do I hang out in Northern California, or head home? I sent out some messages to friends in the general area, and then I headed to Sierra Nevada.

While checking out the various options from breweries I was unfamiliar with, I came across the booth for Berryessa Brewing. What caught my attention was that they are from Winters, California and I had no idea where that is; as a native Californian I like to think I have a clue where most cities are, so I got into a conversation with the couple manning the booth. The girl’s name was Heather, his was Justin, maybe.

We had a nice conversation, and the beer was good. I thought for sure the couple I was talking with owned Berryessa. The guy I am calling Justin suggested that the drive to Winters would be a nice one, and from there I could easily go to Santa Rosa, San Francisco, or Sacramento. I made a mental note to visit Berryessa Brewing and make up my mind of what to do next depending on how the day went.

Berryessa Brewing is an eight year old production brewery with a tasting room and a very nice patio, which was great because this was the nicest weather I had experienced in three weeks. It is located on a vineyard and there is a wine tasting room next door on the same property.

I tied Buddy to a table while I went to the back to photograph the 20bbl brewhouse while their brew master Chris Miller started working on a session IPA. After taking photos I joined Buddy on the patio, with a flight made up from the 11 brews available. It was made up of their Free Kittens Rice Lager, Propaganda Pilsner, ALS IPA, Separation Anxiety IPA, 2 Fresh Wet Hop IPA, and Double Tap IIPA. Overall, this was one of my best stops of the entire trip. The Propaganda Pilsner was the dankest pilsner I ever had; their IPAs are outstanding.

Berryessa Brewing Company is located at 27260 CA-128 in Winters. They are open Thursday through Sunday, have a dog friendly patio, a food truck, and offer growlers and cans to go. By the way, Heather and Justin were just manning the Berryessa booth; thanks for the recommendation (if you see this).

While I was enjoying my Berryessa Brewing beers, I got on my phone to see if this little town had more than one brewery; sure enough, it does. The second being Hooby’s Brewing, which opened this past February.

They do not brew on-site, but at the old Pardehsa gas station down the road; apparently the locals among you will know what that means, or where it is.

Hooby’s Brewing is essentially the taproom/brewpub, with the restaurant having a pretty interesting and varied selection of food, and the taproom having a selection of seven brews at the time of my visit. I made up a flight of their Water Tower Kolsch, Pardehsa IPA, Sunday Session IPA, and Seeing Double DIPA. Seeing Double and Sunday Session were my favorites, but the other two were well done as well.

Hooby’s Brewing is located at 7 E Main Street in Winters. They are open seven days a week, have a dog friendly patio, an extensive food menu, and offer growlers to go.

By the time I finished at Hooby’s the day was getting late and I guess I had had enough of a road trip, so I called it a day and drove the six hours to get home.

In 21 days I had driven 4,000 miles, visited 38 breweries in eight states, and attended Great American Beer Festival and the Sierra Nevada Hop Harvest Festival. It was a good time and I would like to thank the Brewers Association, Sierra Nevada Brewing, the California Craft Brewers Association, my nephew Matt, my friends Steve, Catherine, Matt and Dom and everyone I met along the way for helping to make it the adventure it was. Until next time, cheers! 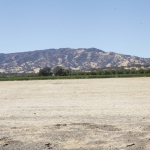 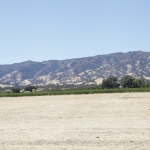 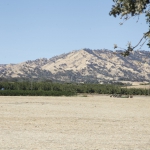 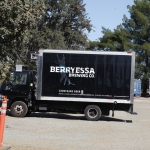 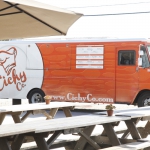 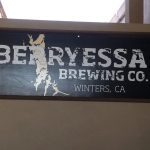 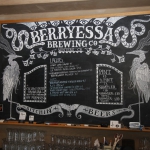 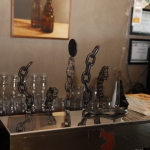 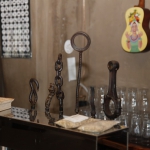 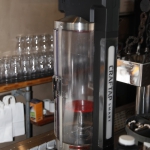 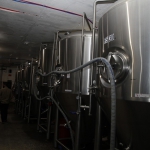 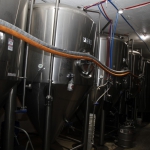 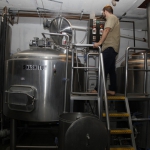 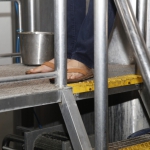 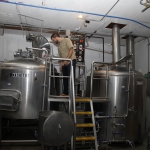 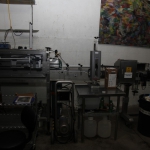 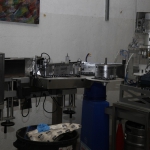 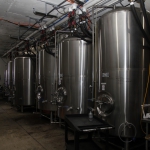 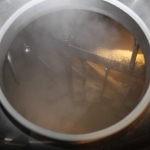 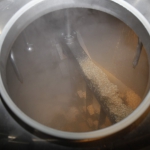 12►
Back to Photos from Berryessa Brewing and Hooby’s Brewing