These photos were taken Friday, October 18, day 19 of Craft Beer Tour 2019; my annual craft beercation taken before and after the Great American Beer Festival (GABF) in Denver. These photos were taken at Mt. Shasta Brewing Company and Weed Ales & Lagers, both of which are located at the same location in Weed, California.

When I left ColdFire Brewing I still had a 6 1/2 hour drive to Chico, and that was just not going to happen. When I do these trips I try to avoid driving at night because I cannot see this new landscape in the dark. I knew if I stopped in Weed it would only be a 2 1/2 hour drive to Chico, and the Hop Harvest Festival didn’t start until 2:00 PM. I also knew that Weed Lager & Ales was located there; so I head south for four hours to Weed, CA.

I know I have driven south on I-5 through Mt. Shasta before, but I must have gone through at night because I do not recall ever seeing the view I had of Mt. Shasta before. It was truly magnificent with its snow caps and the cloud of snow above it; I had to stop and take a couple photos, but it was cold and windy as heck so I didn’t spend a lot of time there.

After getting my motel in Weed and feeding Buddy, I set down to find out where Weed Ale & Lagers was; it was then that I discovered that there was also a Mt. Shasta Brewing. I figured I should be able to visit both of them and set out to see where each was located. I discovered they were on the same street, so put Weed Ales into my GPS.

By this time it was pretty dark, and the GPS was acting confused but I eventually found myself in the Mt. Shasta Brewing parking lot; or was it the Weed Ales parking lot? I saw signs for both, and in the darkness it looked like there were two buildings. The guy walking through the parking lot was useless when it came to information, so I took some photos of the exterior then headed towards the building with the most light. Walking inside did nothing to clear things up for me.

There were plenty of indications that I was in Mt. Shasta Brewing, but the Mt. Shasta Brewing cold box for bottles to go was filled with beer from Weed Ales. I asked a server if Weed Ales and Mt. Shasta were different breweries sharing a brewhouse and got a wisecrack response. Eventually I met their brewer, Marco, and he gave me the rundown.

Weed is named after Abner Weed, founder of the town’s first lumber mill; the owners are old school and are not particularly amused by their home of Weed being associated by name to what was an illegal substance at the time; they named their business Mt. Shasta Brewing Company.

A couple years later their brewer, Marco, came along. I guess Marco is younger and saw the obvious marketing value of the town’s name leading to the formation of Weed Lager & Ales and their “Try Legal Weed” bottle caps in 2005. So, in a nutshell, they are the same place; it seems the beer on tap is marketed under Mt. Shasta Brewing while their bottled brews are under Weed Lager & Ales.

After the history lesson I sat down to half a flight as the drive home was going to be tough enough. They had maybe 10 brews on tap, including five year-round beers and a few seasonals. I made a flight of their Shastafarian Porter, Abner Weed Red, Mountain High IPA, and Lemurian Golden Lager. Shastafarian Porter was my favorite, but the Lemurian Lager and Mountain High IPA were both very good.

Mt. Shasta Brewing (Weed Ales & Lagers) is located at 360 College Avenue in Weed. They are open seven days a week, serve munchies and pizza, offer bottles and growlers to go, and they are for sale. Cheers! 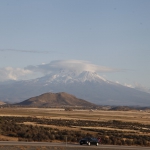 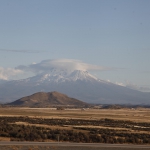 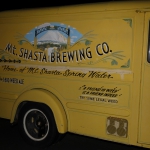 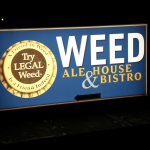 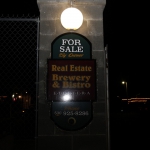 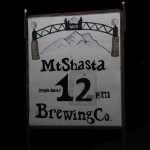 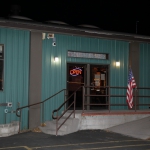 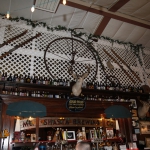 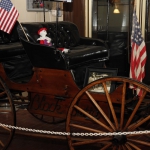 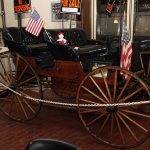 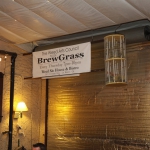 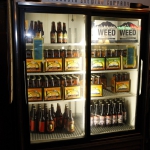 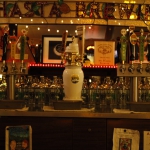 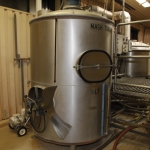 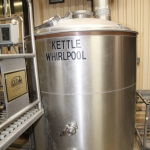 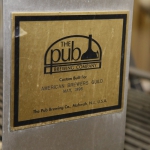 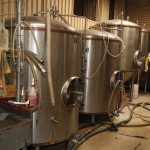 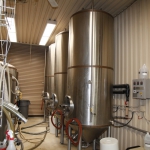 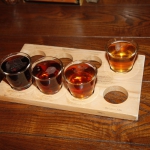 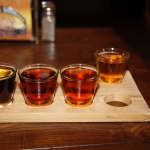