These photos were taken over the course of two days; October 17 in Columbia and October 18 in Charleston, South Carolina.

When I left Charlotte, I set my sights for Blythewood, South Carolina where I would be spending the night with my brother Steve and his wife. A few weeks back I asked Steve if he had any favorite breweries we could visit; he responded that he had shared a flight once, with our dad, back in 2010. We were going to have to go another route.

Fortunately, Steve has friends that do know craft beer and we were directed to Conquest Brewing in Columbia. Conquest Brewing is a microbrewery that has been open about five years and is Columbia, South Carolina’s first production craft brewery.

While the brewhouse may be small, it is mighty as they usually have 10 beers on tap. Sadly, on the night of our visit, they were down to eight, so my brother and I shared a flight of everything they had. They had a Berliner Weisse, a couple IPAs, stouts and porters as well as a saison. I found all their beers enjoyable, but the Coconut Porter was definitely a standout if you like Mounds bars; Brutus Imperial Stout was another big, tasty brew.

Conquest Brewing Company is located at 947 South Stadium Road and is open seven days a week. They are dog friendly and have food trucks at times; you should contact them ahead of time if food is a must. Conquest Brewing also sells growlers, crowlers and bottles to go.

The next morning I made the two hour drive to Charleston; it was at this point that I realized just how tired I was getting. If I was getting tired on a two-hour drive, the next 3,000 to get home were going to be tough.

The reason I had to get to Charleston early was that I was meeting a cousin who drives celebrities on tours around the country. He was in Charleston for one day, that day being the same as me, so we pretty much had to meet up before he had to turn in. The first thing we sought was local craft beer and some southern barbecue.

Google initially sent us to Bay Street Biergarten; the food menu was a mix of the South and Germany, but they do not brew beer there. The bartender informed me that if I wanted a craft brewery that would be open, I should head over to Palmetto Brewery; I am not sure why she thought they had food.

When we arrived at Palmetto, we became a little discouraged as there was some heavy duty construction going on next door to them, and that seemed to be having a trickledown effect on the tasting room hours.

We went in anyway, and were greeted warmly. It was confirmed that the tasting room was currently closed because of the construction, but they directed us to Home Team Barbecue where were could not only try some barbecue, but Home Team also carries a lot of local craft beer, including a collaboration Home Team did with Palmetto. We were also invited to return after lunch, which we did.

Palmetto Brewing Company is the oldest brewery in South Carolina, with the most recent rendition opening in 1993. Palmetto Brewing has a long history, going back to Civil War days, and went through a couple name changes between 1886 and 1913, including Germainia Brewing Company. It became pretty clear to me that Germany must have had a pretty big influence on South Carolina in days gone past; something that had never dawned on me.

Since the tasting room was still closed because of construction during my visit, I did not get a true feel of what it is like at Palmetto when they are open, but they appear to have about 12 beers on tap, with four core beers available year-round. While I was there I was able to try Huger Street IPA, Charleston Session IPA, Juice Monster DIPA, and Mother Pucker, a gose style, kettle soured ale brewed with South Carolina peaches and locally sourced sea salts. It was one of the better sours I had east of the Mississippi.

Palmetto Brewing Company is located at 289 Huger Street in Charleston. Beginning this Friday they are supposed to be open regular hours again, which are seven days a week. Digging around the Internet leads me to believe that they do offer some food, but I am not really clear on that. They do offer growlers and crowlers and do bottle and can various beers to go.

After parting ways with my cousin, I met up with my nephew Jeremiah who lives in Charleston and looked forward to taking me to a couple of his favorite places; Revelry Brewing and Holy City Brewing.

Revelry Brewing, a microbrewery, was our first stop; throughout the course of the day I was told that Revelry was a “must stop” primarily because of its rooftop patio and their pale ale.

Revelry was pretty crowded, upstairs and down; they have a food truck that serves sushi and Mexican food and a sushi burrito. I was not feeling particularly experimental, so I opted for a flight consisting of their Lefty Loosey, Hotel Rendezvous, Poke the Bear, and Eden’s Lot. The Lefty Loosey IPA was definitely my favorite.

Revelry Brewing Company is located at 10 Conroy Street in Charleston; they are open seven days a week and are dog friendly. Revelry Brewing offers some beers in cans or bottles to go.

Our final stop for the evening was Holy City Brewing. With its huge outdoor patio I was sure that Holy City would be dog friendly, but literally as soon as we stepped foot on the property we were told that dogs were no longer allowed. When I asked about it I came to the conclusion that Holy City must have had some pretty relaxed (ignorant) rules about dogs, including not requiring leashes previously. They told me that five of their employees had been bitten in recent months; I guess it was easier to ban all dogs than to set up some reasonable rules about dogs.

While we were there, Holy City had more than 20 beers to choose from; I opted for a small flight consisting of their Overly Friendly IPA, Pluff Mud Porter, Nitro Emperor Stout, Fishbowl 1 Imperial Pale Ale. All four were pretty solid, but Overly Friendly was the best new IPA I had tried in a few days.

While Holy City is production brewery, they also have a kitchen. I had not tried boiled peanuts in 30 years so decided to give them a shot again; I was not as nearly as fond of them as I used to be. Some “boiled peanut experts” told me it was because peanuts were out of season, so they had been frozen at some point. Who knew? I sure didn’t. I forget what my nephew ordered, but he enjoyed it; so don’t let the boiled peanuts keep you from ordering food. 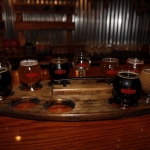 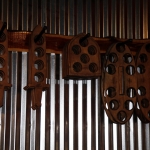 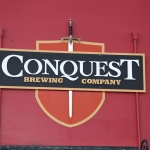 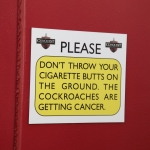 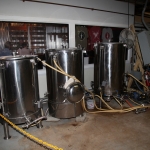 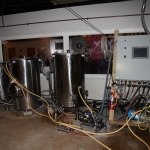 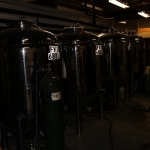 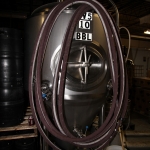 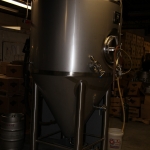 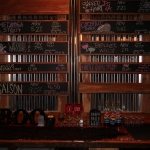 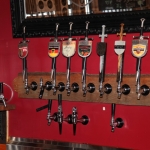 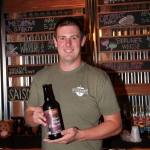 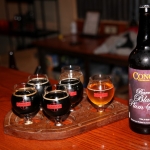 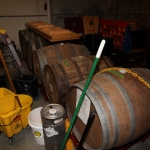 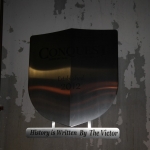 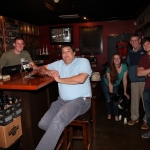 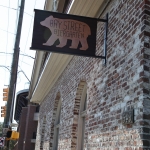 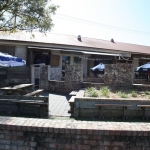 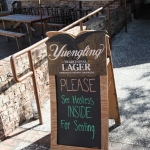 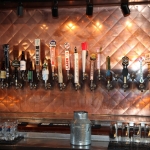