These photos were taken at Bond Brothers Beer Company, Heist Brewery, and The Olde Mecklenburg Brewery on October 16 and 17 as my Craft Beer Tour 2017 continued into North Carolina.

When I first decided I was going to take this trip I only had five specific destinations; GABF, Three Floyds, Grand Rapids, MI, Charleston, SC and Yuma, AZ. Everything else would just happen, sort of.

Shortly before I left for GABF I was talking to Beer Paper owner (formerly Beer Paper LA), Daniel Drennon about my plans. Since he knows people around the country, I thought he might have a couple of ideas for stops. He handed me a bundle of the latest issue of Beer Paper and asked me to deliver it to his friend Whit Baker, the Certified Cicerone Brewmaster at Bond Brothers Beer Company in Cary.

The drive from Cincinnati to North Carolina is beautiful, but there was no craft beer to be easily found as I drove through Virginia and West Virginia. As scenic as the drive may have been, it took about nine hours so it was early evening by the time I arrived.

Bond Brothers is a microbrewery which was established in 2015; this year they took Silver at GABF for their Disenchantment Blend #1 in the American-Style Sour Ale category. While I was unable to try their medal winner, I was able to create a flight consisting of their Magnificent saison, Long Enough DIPA, Hot Guava, and Breakfast Variant imperial stout. It is hard to decide which was best, but it was pretty easy to see how they might win a few medals.

While I arrived too late to meet Whit Baker, the taproom guys Justin and Riley showed me around the production area and made me feel quite at home. Of course, running into our own local beer celebrity Chad Hazen was an additional unexpected surprise. Bond Brothers was a great stop with fun people and very good beer.

Bond Brothers Beer Company is located at 202 East Cedar in Cary. They are open seven days a week and their taproom and patio are both dog friendly. They sell snacks, but also have a food truck on-site daily. They are currently canning their Breakfast Variant and bottling their Duality of Funk IPA for off-site consumption.

The next morning, Buddy and I hit the road with Charlotte being our next destination. I picked Charlotte for a couple reasons; one being that it was far enough away that Heist Brewery would be open, and as they are a brewpub, I could get something to eat at the same time.

As I came upon Heist Brewery, I was becoming accustomed to the red brick buildings I had been seeing since Grand Rapids. I knew they were open, but it was not yet noon so there was not much happening and I was given the okay to take a few photos. It seemed obvious to me that noon on a Tuesday was probably not indicative of the kind of business they do. After confirming that the patio belonged to Heist and not the pizzeria next door, I brought Buddy out to their dog-friendly patio for a flight and a small snack.

Heist had 12 brews on tap, so picking a flight of five would not be too tough; I opted for their Hive Fives – Belgian blonde, Everyday Ben – Belgian pale ale, Ripe With It V.6 – American Pale Ale, Gilius – Belgian Strong Golden Ale, and Not From Concentrate V.17, a New England IPA. I have to say, I was very impressed. I had a feeling I was going to enjoy my beer time in the Carolinas; I needed to figure out a way to come back through Asheville.

As I mentioned above, I was looking for a small snack to hold me over until I got to my brother’s place in South Carolina, because I had already been warned about my sister-in-law’s propensity to force food upon guests. As I had expectations of her prowess in the kitchen, I decided to keep it light with a turkey wrap; there was nothing light about it. The tortilla was huge and they stuffed it with turkey. The point being, if you stop there to eat, expect a very large serving.

Heist Brewery is located at 2909 N. Davidson Street, in Charlotte. They are open seven days a week and as I mentioned, they have a dog friendly patio. I did not see any indication that they sold beer to go.

While at Heist Brewery I chatted with a couple other customers to find out what other breweries might be open early on a Tuesday in Charlotte; without hesitation I was told I needed to visit Charlotte’s oldest craft brewery, The OMB.

When I got to my car, I used Google to discover that The OMB was The Olde Mecklenburg Brewery, Biergarten and Brauhaus. This brewery was established in 2009 and seems to stick to brewing beers that can be done according to Germany’s purity guideline, known as “Reinheitsgebot”. What this means to you is that if you like Pilsners, Hefeweizens, Altbiers, Marzens and other typical German style brews, Olde Mecklenburg is the place for you. If you are looking for a double IPA or a chocolate coconut imperial stout, this is probably not the place for you.

The OMB is huge, both inside and out, as their outdoor, eight acre biergarten holds 1,000 people. As I walked around the grounds, I did not see much in the way of employees so I was unable to get a tour of their brewhouse. To be honest, other than ordering my beer, I did not have much interaction with anyone there. I saw indications that they sell food, but I never saw a menu, so I must hope it is authentic German food. Their website is not working very well at the moment, so fact checking is a little difficult.

The Olde Mecklenburg Brewery, Biergarten and Brauhaus is located at 4150 Yancey Road in Charlotte and they are open seven days a week. While they have a large patio, I saw no indication as to whether or not it was dog friendly. I am also afraid I cannot tell you if they offer beer to go or not. Cheers!

Back to North Carolina Craft Brewery Photos
[Show as slideshow] 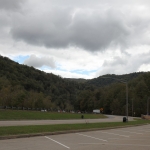 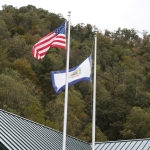 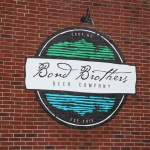 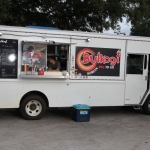 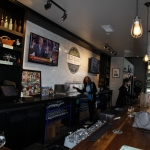 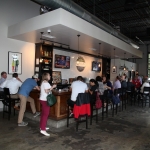 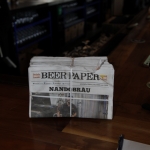 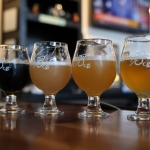 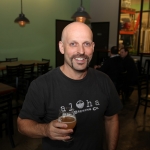 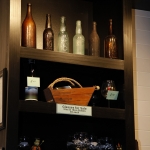 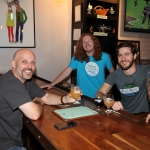 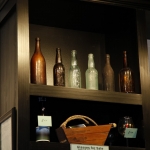 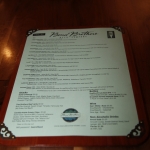 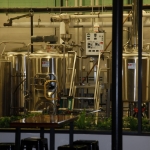 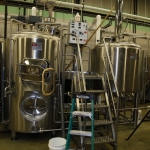 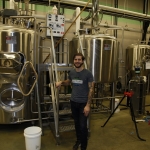 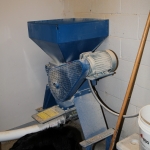 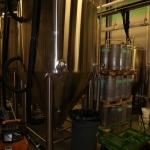 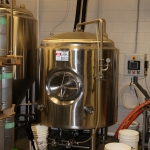 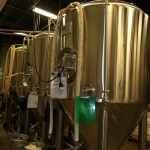