By the time I finished exploring the craft breweries in Nebraska, it was getting late Monday afternoon and I had an appointment in Detroit on Wednesday morning, so the road trip of my Craft Beer Tour 2017 suddenly became a drive; which is not nearly as much fun. It did not help that as I continued eastbound, I would lose another hour before I hit Michigan. Anyway, enough complaining.

Exiting Nebraska, I entered Iowa. I drove through Iowa last year and was tempted to divert to Salon and Big Grove Brewery, but I also wanted to go up to Toppling Goliath; but the time thing was becoming an issue. I decided to power through Iowa, because there was a brewery in Indiana that I was stopping at, no matter what.

I ended up stopping in Coralville, and Backpocket Brewing Company. I was referred Backpocket by one of the Omaha brewers as I recall; I was told they did some contract brewing for Schlafly Beer (and possibly Founders), so they had good beer and had some good pizza. They have two other taprooms, Dubuque and Cedar Rapids but Coralville is their production facility.

I arrived a couple hours before they closed and an hour before the kitchen closed, so I ordered a flight and an individual Papa Joe Pizza before it was too late; it was as good as it looked and smelled, but apparently I only took a photo for my Instagram page. Trust me; it was great.

My flight consisted of their pilsner, a Dunkel, pale ale, a couple IPAs, and a sour. The pale ale and IPAs were my favorites, probably because they paired so well with the pizza; but all were solid. The PUcker Up Right Meow was a great way to end my meal.

After thoroughly enjoying my pizza and craft beer experience, Taproom Manager, Reid gave me a tour of the production facility; it is massive.

It is a 30 bbl system, with an apparent 25,000 bbl capacity. It was definitely not what I expected to find in Coralville, Iowa. It was an impressive system that is turning out some good craft beer.

The Backpocket Brewing Company location I visited is located at 903 Quarry Road in Coralville, Iowa. They are open seven days a week and sell six-packs and growlers to go.

As I mentioned above, there was a brewery in Indiana that I was stopping at, no matter what; so when I woke up Tuesday I set my sights for Munster and the 3 Floyds Brewpub.

I used to spend an inordinate amount of time in Indiana and the thing that made it worth the trip was stopping by Three Floyds on the way back from the airport; and if I was lucky, on the way back to the airport. In a nutshell, if I am in that part of the country, I am stopping at Three Floyds. What I found interesting was that as soon as we pulled onto Calumet Avenue, a good mile away from Three Floyds, my dog started getting excited because he knew he was going somewhere he had been a few times before.

I don’t know what to tell you about Three Floyds beyond the fact that it is a brewpub with good food and even better beer. I am sure you have heard the stories or tried their beer. They can be pretty hopcentric, but they have a nice variety for those that are not into pale ales, IPAs and double IPAs; including their famous Dark Lord.

They offer one pre-set flight, but they will also sell half-pours of any Imperial pint pour, so I started off with a Zombie Dust followed by The 25 Million Dollar Man. I could have easily spent the day there, but I had to hit the road so I picked up some bottles to go. The sell six-packs, cases and bombers to go. For those wondering, the new distillery is running, but they are not selling anything yet. It sounds like it will be a couple more years.

The 3 Floyds Brewpub is located at 9750 Indiana Parkway in Munster, Indiana. They are open seven days a week and will probably always be one of my favorite places to visit. Cheers! 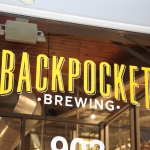 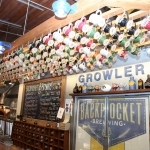 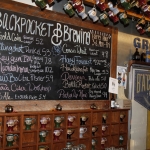 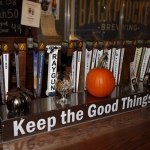 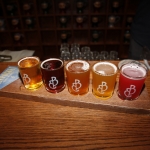 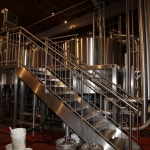 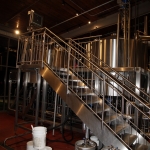 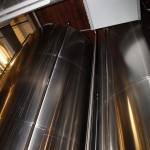 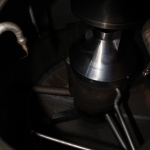 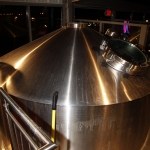 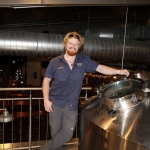 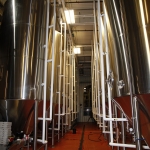 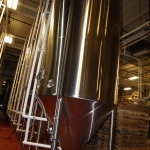 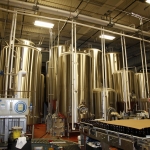 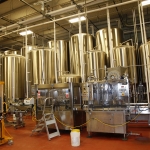 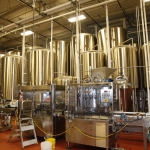 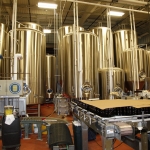 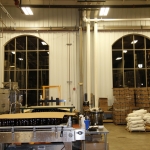 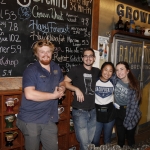 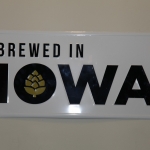 One Response to Craft Beer Tour 2017: Iowa and Indiana