As I left Yuma I thought about the epic craft beer tour I was completing and decided that if I was going to make this series of articles truly coast-to-coast-to-coast, I was going to have to end it by visiting a California craft brewery that won a medal at the most recent GABF.

With at least 15 breweries in Southern California to choose from, my main obstacles were going to be the same as I had encountered over the past several weeks; day of the week, and time of day. As I looked over the list of GABF winners I realized that if I wanted to avoid rush hour traffic I was going to have to aim for breweries close to me. Fortunately, I live where I do and two of my favorite local breweries had won medals and they are both brewpubs, meaning they would be open by noon; Beachwood BBQ & Brewing in Long Beach, and HopSaint Brewing Company in Torrance.

My first stop was Beachwood BBQ & Brewing in Long Beach. As it turns out, Beachwood was the first brewery I wrote about when I opened this site, so there is not a lot I can add at this point.

On the day of my visit Beachwood had more than 20 taps available of their brews, and probably another 10 guest taps. The guest taps are probably the thing that impressed me the most about Beachwood when I first started going there. For a brewery that has as many IPAs as Beachwood to put up world class IPAs on the guest tap list shows some amazing confidence, and it is well deserved.

This year Beachwood BBQ won a gold medal for Hoppa Emeritus, an American-Style Black Ale. Hoppa Emeritus was not available on the day of my visit, but I have had it numerous times before, so I was not too disappointed. Besides, I had not been to Beachwood in over a month which meant that there were a few new beers I had not tried yet.

Beachwood BBQ & Brewing is located at 210 E. 3rd Street in Long Beach and is open every day except Monday. Besides having an outstanding tap list of both in-house and guest brews, they have a great kitchen preparing house-smoked beef, pork and fish. Beachwood has a dog friendly patio and offers growlers, cans, and bottles of their beer to go. Beachwood is a must stop destination brewery if you are within 25 miles.

My last stop for Craft Beer Tour 2017 was HopSaint Brewing Company in Torrance. HopSaint is a brewpub that opened at the end of 2015 and has quickly become a South Bay favorite.

When I was at the GABF Awards Ceremony last month, I was as excited as anyone when I heard HopSaint had won silver for their Pure Intention Pale Ale; Pure Intention is my favorite HopSaint core brew and I have been a long-time Brian Brewer fan. Naturally, I had a Pure Intention to close out my journey.

HopSaint Brewing Company is located at 5160 W. 190th Street in Torrance and is open seven days a week. They usually have between seven and ten in-house beers as well as another 10 guest taps. The kitchen prepares a variety of Louisiana-style dishes, made from scratch; you really cannot go wrong with anything from there. HopSaint offers growlers to go on four or five of their beers on most days.

I would like to thank the Brewers Association, various relatives and friends, the beer servers I met and all the breweries that opened their doors to me during this craft beer tour; you each helped make this tour memorable for years to come. I cannot wait to see you again. Cheers! 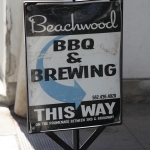 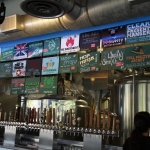 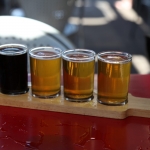 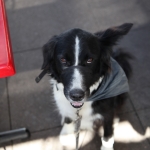 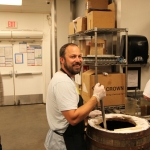 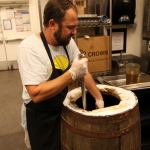 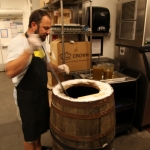 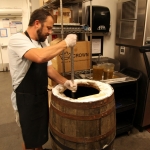 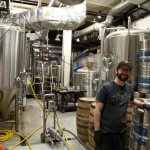 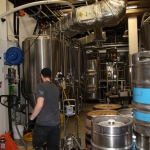 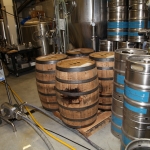 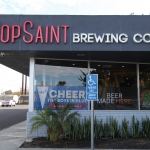 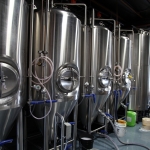 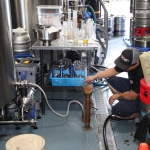 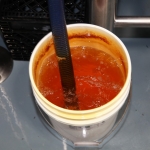 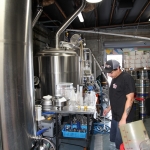 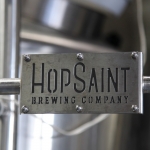 1 2 ►
Back to Photos from Beachwood Brewing & HopSaint Brewing Company