When I woke up Tuesday in Las Cruces, I had one goal and that was to make it to Yuma by the end of the day. It was going to require close to 600 miles of driving, but with Arizona’s speed limits and the fact that I was going to gain another hour as soon as I hit the Arizona border, it was definitely doable. I had thought about stopping in Tucson but I received a text informing me some friends were in the Phoenix area, so I looked for something a little closer for them. I recalled that Saddle Mountain Brewing won gold at GABF, and they were close to I-10, so we made plans to meet at Saddle Mountain.

Saddle Mountain Brewing is a brewpub that opened in late 2014; I actually visited them once before in April 2016. They took gold at GABF this year for their Clan Destine Scottish Ale, so I was looking forward to experiencing Saddle Mountain 18 months later.

As I walked along the sidewalk in front of Saddle Mountain, I looked through the window at the brewhouse; it looked like there were more fermenters and they now have a bottling line. These observations were confirmed when I was given access to the brewhouse. It appears they are now doing some barrel-aging as well.

I get the impression that they always have 12 beers on tap as was the case during this visit. I asked if Clan Destine was available or not and was informed that Clan Destine used to always be on tap, but as soon as it won gold it became their most requested brew. A glance at Untappd seems to indicate they ran out about a week before I got there.

Saddle Mountain Brewing Company is located at 15651 W Roosevelt Street in Goodyear; they are open every day except Christmas. Saddle Mountain has an extensive food menu, a dog friendly patio, and sells growlers and bottles to go.

My final stop for Arizona, and the day, would be Prison Hill Brewing Company, in Yuma, Arizona. Yuma is down where Arizona, California, and Mexico meet; basically desert surrounded by Indian reservations and more desert. Yuma is primarily known as being a prison town for over 100 years and there is a Marine Corps Air Station located there; at least that is what it always was to me, but it had been more than 35 years since my last visit.

Even though it was dark, I could see that there was a new sports complex and when I found downtown Yuma, it was quite obvious that there had been quite a bit of development since the last time I was there. One of the new additions was Prison Hill Brewing in 2014.

Prison Hill classifies themselves as a nano-brewery, but they sell food, beer from other breweries, and have a full bar, so for our purposes it is more a brewpub with a very small brewhouse; they can brew about 500 barrels a year.

The night I was there, they had about 10 of their beers available along with an assortment from other Arizona and San Diego area breweries. Going along with the prison theme, the names of the Prison Hill beers included Blueberry Jailbait, Shakedown Brown, DIPA Penetration, Parolee Pale Ale, and 3 Strikes. I ended up having a couple flights, and despite the prison names of the other brews, I think I enjoyed the White Chocolate Raspberry Stout the most. 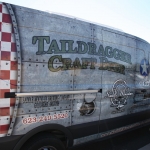 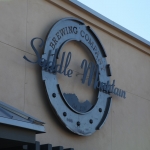 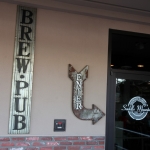 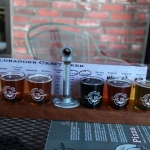 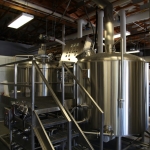 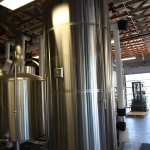 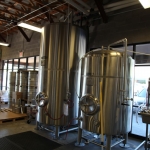 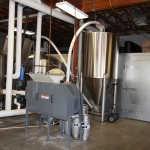 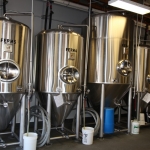 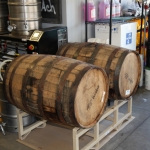 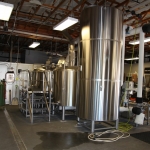 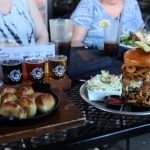 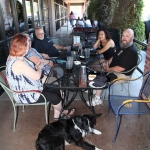 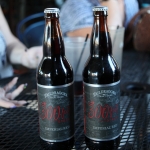 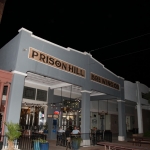 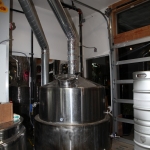 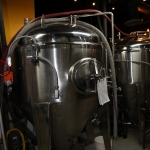 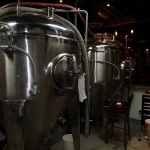