These photos were taken Saturday afternoon at the inaugural/first annual Craft Beer LB Homebrew Invitational, which was held at the Rancho Los Cerritos Historic Site in Long Beach. If you noticed that I stuttered with whether or not to designate it as an inaugural event or the first annual, it is because while it was definitely an inaugural event, I am pretty sure that Craft Beer LB will be making this an annual event; I cannot think of one reason why they wouldn’t, it was that good.

To be honest, I do not think I have ever attended anything quite like this, even though I have attended a couple homebrew festivals and competitions, this was very different. Let me see if I can explain in fewer than 500 words.

First off, it was definitely a homebrew competition; this one had 45 competitors from around Southern California (everyone I spoke with seemed to be from the Long Beach area). There were several homebrew clubs represented, including LB Homebrewers, OC Mashups, QUAFF, So Cal Cerveceros, and Maltose Falcons.

There was a BJCP judging panel, and the people that attended got to vote for the People’s Choice. This is where I became confused when I was reading about it ahead of time as most homebrew competitions I have attended the brewer had to submit a couple 12oz bottles; there were 600 tickets sold, they were definitely going to need more beer than that. This was resolved by requiring each competitor to provide five gallons of their “entry” beer; the thing is most of these guys brought more than one beer. On top of that, there was plenty of beer being poured by Ambitious Ales, Beachwood, Liberation Brewing, Syncopated Brewing, and Ten Mile Brewing.

The judges had 45 beers to judge, but there would be only one winner, Best of Show. If you look on page two of the photos you will see the categories of the beers submitted, there were over 30 categories, all competing against each other. The winner of Best in Show gets to do a Pro-Am brew with Syncopated Brewing, which will be available at the Craft Beer LB Fest next September. Attendees were each given two tokens with which to vote for the People’s Choice award.

The Best of Show/Judges winners are:

The People’s Choice winners received trophies, and they are:

Congratulations to all the winners.

Last night I was talking with a friend about the event and his initial comment implied that there was probably a lot of questionable beer; he could not be more wrong. As I looked around the park at the different pouring stations, I could not help but think that if I did not know what was happening I would have thought I was at a beer festival with a bunch of breweries I was unfamiliar with. There were some very professional looking brewers there. They had cans, bottles, shirts, hats, stickers and several beers. When I stopped to talk to these brewers it became pretty obvious that the only reason they were homebrewers is because they do not have the funding yet to open a brewery.

In addition to be copious beer that was available, food was available by Shady Grove Foods and the Southern Eatz food truck. When I was there live reggae music was provided by Doralee; another band was setting up as I was leaving.

So yeah, you may notice that I do not have as many photos as usual and that is because after a mere hour my camera took a dive. Nothing simple like a dead battery, something major I could not fix in a park. Please don’t let the lack of photos imply anything negative about the event. Dennis and LB Craft Beer undertook a very ambitious endeavor and absolutely killed it. I am positive there will be a second annual Craft Beer LB Homebrew Invitational and I would have no reservations suggesting you attend; I know I will be there. Cheers! 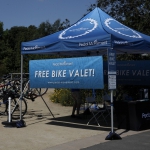 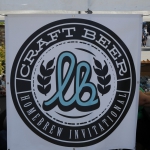 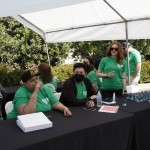 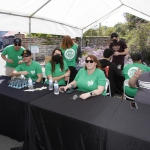 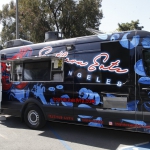 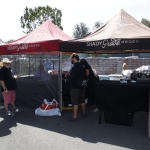 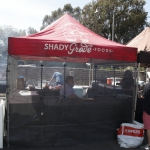 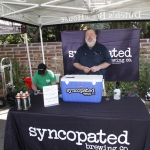 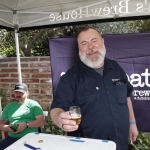 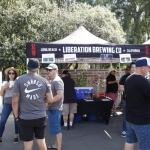 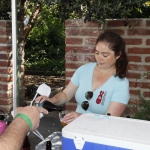 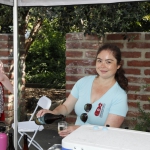 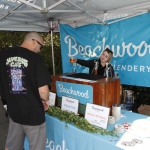 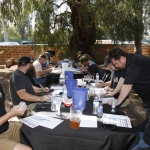 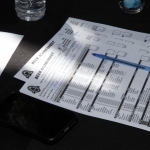 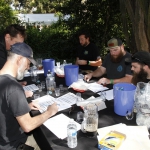 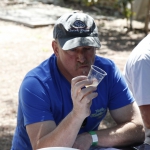 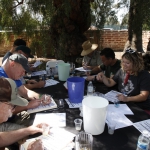 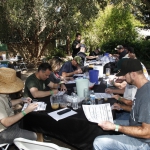 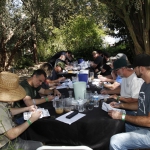