Last week I was asked to meet a potential client at Three Weavers Brewing Company in Inglewood; since I don’t seem to get out there enough, I agreed and intentionally arrived a little early. It wasn’t long before Three Weavers Production Team Member, my buddy and all round nice guy Jared Gonzalez noticed my presence and offered to take me on a little tour of the production facility since I had not been there in a while.

Three Weavers has grown a lot as far as production capacity is concerned; including something like five new 90 bbl fermenters that were recently obtained. I did not have my camera with me and mentioned that I wanted to return to photograph this for comparison, if nothing else. It was then that Jared asked if I had seen the new canning line; I had not.

I guess this is where the geeks separate from the crowd; as I looked at the idle canning line and heard that it is capable of filling 250 cans a minute with its 30 head Innofill Can DVD can filler, I was impressed. However, it was when I turned around and saw the Ska Fab Can-i-Bus Depalletizer that I knew I wanted to come back and watch this thing in action. I did that Wednesday morning and these are the photos I took of the process.

I got there fairly early Wednesday morning and found Jared had already begun the setup that would allow three bodies to blast through so many cans so quickly. I could see by the empty cans that they would be canning their Expatriate IPA, but when they flushed the system with fresh beer the room immediately filled up with the recognizable smell of their crowd favorite IPA.

Jared had already started using the depalletizer to send the first level of cans to the line itself to get it primed, so to speak. If you have never seen the process, the brewery usually gets a tall pallet of empty cans wrapped in sheet plastic; they have to manually take the plastic off, and then set up the cans to begin the filling process. The depalletizer can take care of up to 400 cans a minute! I think I would need to get up on a ladder to get the best photos of it in action, but I didn’t want to press my luck.

One of the coolest gadgets was the FILTEC Full Can Inspection unit; this thing shoots gamma rays through the can to make sure it is full enough, and kicks out the ones that fail. It was pretty darn cool to watch and I got a few photos of cans being kicked.

If you have never noticed, at the bottom of every Three Weavers can is a “Born on” date accompanied by something “witty” that includes the can theme; I was asked to come up with something, Canned Heat is what I came up with. So the next time you open an Expatriate, check the bottom; if it says it was born on 2/14/18 and Canned Heat, it might be in this gallery.

I had a great time and would like to thank Jared and Three Weavers for the opportunity to observe and document the process.

Three Weavers Brewing is located at 1031 W Manchester Boulevard in Inglewood and they are open seven days a week. They are dog friendly and offer growlers, bottles and cans to go. Cheers!

Back to Canning Expatriate Photos
[Show as slideshow] 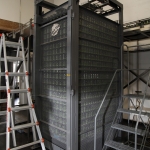 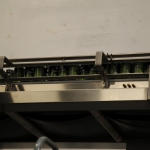 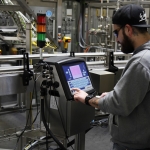 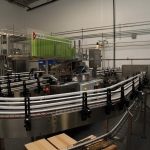 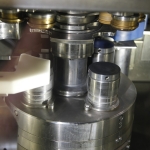 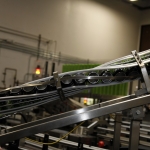 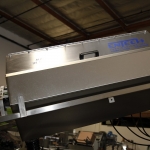 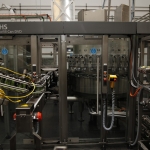 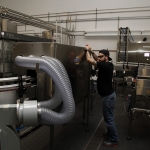 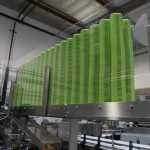 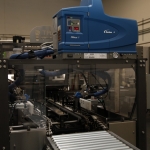 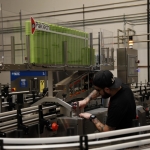 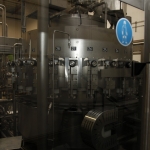 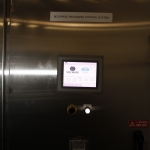 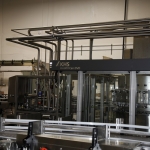 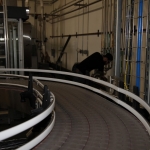 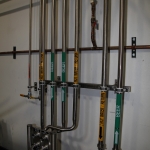 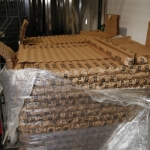 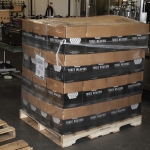 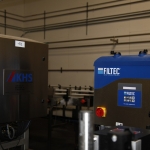