Business & Beer Experiences Resurgence at The Brewery at Abigaile

On Thursday evening the Business & Beer networking group met at The Brewery at Abigaile, a brewpub in Hermosa Beach. As one of the co-founders of Business & Beer I will admit that over the last couple of months we have been seriously discussing whether or not to continue with the monthly meeting format. Recent gatherings have been very small; the blame can be placed on weather, holidays, the loss of Daylight Saving Time or any number of factors; the reality is that the only reason it was decided to continue was because over the past couple of weeks three or four people said they really wanted to come to their first Business & Beer. Since the Brewery at Abigaile is one of my favorite locations in the Business & Beer rotation and the meeting date happened to coincide with the Craft Beer Guy anniversary date, it was decided to carry on at least one more month. It was a great decision.

Even though it was a rather cold and blustery evening we had one of the largest turnouts in close to a year; we had a nice mix of regulars, returnees and several first time attendees. As Abigaile is currently seeking a new brewer (their former brewer, Brian Brewer, is concentrating on his new endeavor as a partner with the soon-to-be HopSaint brewpub in Torrance) the selection of house brews was down to three with their Amber Ale, Pale Meridian and Beetlejuice DIPA; but there were plenty of guest taps for those that desired something different. Between the beer selections, the food and the great group of people that came out, we had a great time. I would like to thank Michael and Peggy Michino who were kind enough to bring a bottle of Green Flash Silva Stout that was autographed by Green Flash head brewer Chuck Silva, as an anniversary present.

Business & Beer is the informal business networking group with no mandatory meetings or dues. You do not need a special invitation to bring your friends as everyone is welcome. Bring your business cards and a willingness to network, we will provide the people to network with and access to some great local beers. Cheers! 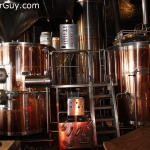 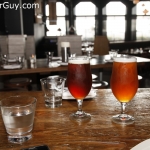 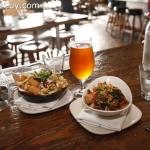 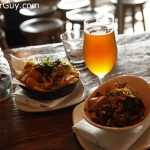 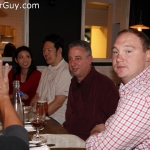 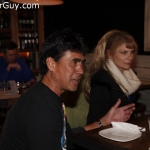 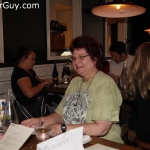 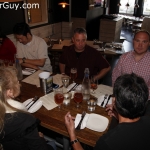 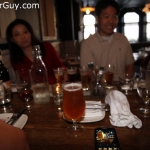 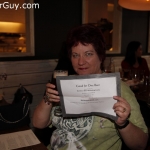 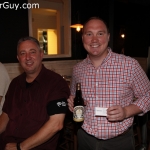 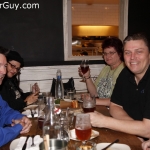 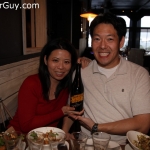 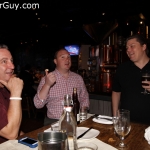 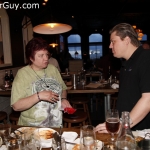 Back to Business & Beer at The Brewery at Abigaile