If you have driven through the Texas panhandle on I-40 around Amarillo in the last 40 years; you have undoubtedly seen the billboards for the Big Texan Steak Ranch. They are pretty tough to miss with their promise of a free 72oz steak. I have seen them several times over the years, but this time there was a sign next to the steak offering that suggested they had a brewery there. I decided that I would stop at the Big Texan for the first time.

Let there be no mistake, the Big Texan Ranch complex, complete with motels, is a tourist stop; it is meant to break up the monotony of the drive. I got the impression that there were several people that stopped with the intention of eating a 75oz steak dinner within an hour, but there was also a shooting gallery, an ice cream and candy store; and now there was a bar offering 11 beers, crafted on site.

When we ordered our flight I told our beertender about our tour and she immediately nodded over to a gentleman to her right; “You want to talk to him; he is the brewer.”

Since the brewer was explaining the difference between different hops to another customer, I said I would love to meet him; but to let him finish his conversation. A few minutes later, Tom (Tommy) Money introduced himself as the brewmaster for Big Texan Brewery and if after drinking his beers I still wanted, he would show my how handcrafted beer is brewed in Texas.

I have to say, even if I did not care for his beer, I had to see what he meant by “handcrafted”; but I did enjoy his brews so I welcomed his invitation to visit his “brewhouse”. The reason I put quotation marks around brewhouse will be evident when you see it; those photos begin on page 3.

As Money tells it, he was a homebrewer that wanted to open a brewpub but did not want to give up the time he spends with his family that would be required to do this. He started approaching friends that owned restaurants to see if they were interested; no one was. He decided to bring a six-pack of his Honey Blonde Ale and Pecan Porter to the Big Texan Steak Ranch and share it out on the patio with the Big Texan owners. Apparently they were impressed enough that they decided to give it a shot; that was in 2011 and the brewery has brought in enough additional business to the complex that there are plans to build a new, real brewery for Money when Big Texan Steak Ranch rebuilds. I am sure Money will be happy when that happens.

You see, currently Money brews in the kitchen of the steakhouse; he heats his water in the kettle, and then has to use a bucket to transfer it to his mash tun. His fermenters, which are really for wine or mead, are in his “cold box” which is a semi-trailer backed up to the restaurant and sealed up. He fills his kegs by weight, his keg washer is homemade and buying the kegs to hold the beer was definitely the most expensive part of the operation.

Money describes his process as hand-crafted; I call it rustic. Most homebrewers I know have more advanced brewing systems than Money is working with; but he does a great job at it. His portfolio when we were there included his Honey Blonde Ale and his now famous Pecan Porter as well as everything from his Tres Hombres lager to a Whiskey Barrel Stout brewed with Jack Daniels. He had a hefeweizen, pale ale, a couple IPAs and a delicious bock; pretty much every style you might hope for in the middle of Texas. And that’s the thing that makes Big Texan Brewery special.

Throughout this journey I met brewers that said that they had to brew for their demographic; because of Big Texan Brewery’s location his demographic is pretty global. The Big Texan Steak Ranch has been a tourist destination and traveler’s stop for decades; it is not like Money is brewing for just the locals, people from around the world stop there. It gives Money a lot of artistic freedom.

Big Texan Brewery at the Big Texan Steak Ranch is located at 7701 Interstate 40 Access Road in Amarillo. If you are driving through that part of Texas it is definitely a fun stop for the entire family. Cheers!

Back to Photos from Big Texan Brewery
[Show as slideshow] 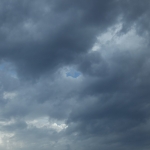 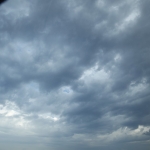 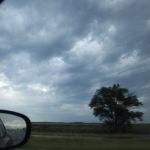 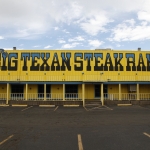 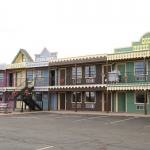 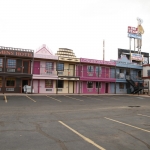 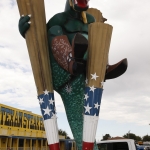 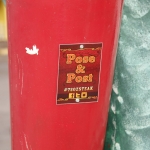 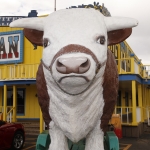 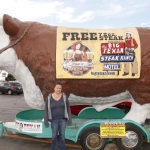 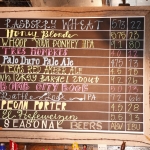 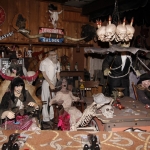 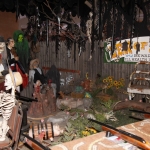 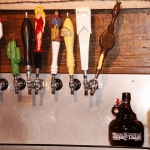 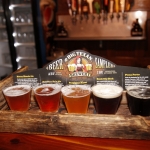 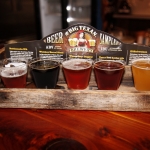 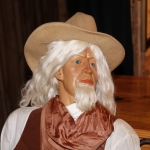 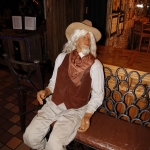 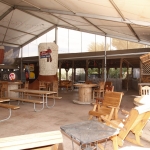 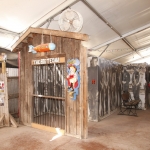