Sometimes it comes down to timing; Wednesday evening is a perfect example of that. Tanya did not feel like cooking and I had just been paid, so she suggested we go to dinner. On the short list of brewpubs and gastropubs was one that we have not visited as much as we would like was Beachwood Brewing & BBQ in Long Beach. Truth be told, because it was the beginning of the rush hour traffic we were hesitant to head there when there were so many other great options that were a lot closer; but we both had a hankering for some barbecue and whatever was new at Beachwood, so we took our chances and headed to Long Beach.

One of the first things I noticed when we arrived at Beachwood was a sign that said something about a shuttle going between the Long Beach and Seal Beach locations. When I asked the hostess about it, I was informed that I got there just in time for Beachwood’s celebration with Noble Ale Works of their victories at the recent World Beer Cup where, among other awards, Beachwood BBQ & Brewing won World Beer Cup Champion Brewery and Brewmaster in the large brewpubs category and Noble Ale Works won World Beer Cup Champion Brewery and Brewmaster in the Small Brewing Company category. Beachwood was providing shuttle rides between their two locations in order that you might be able to try all the beers that Noble Ale Works brought with them.

A few of the beers available from Noble included I Love It!, Nobility, Gosebusters, Galaxy Showers, Dank You For Being A Friend, Naughty Sauce, Cinnamon Roast Crunch, A Lovely Bunch, Dooley Noted, and Funky Bug Lovin. 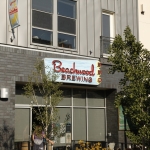 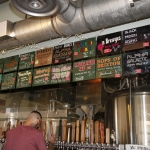 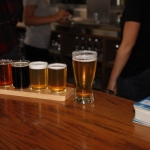 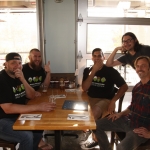 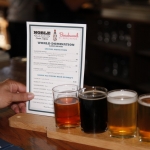 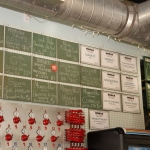 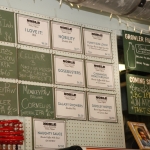 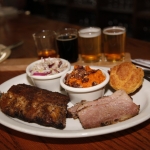 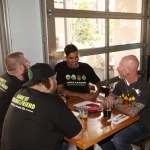 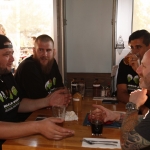 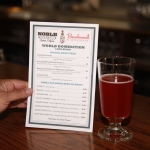 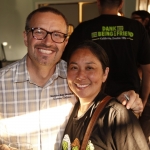 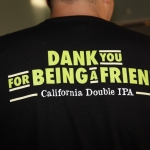 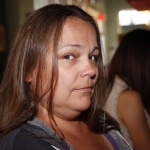 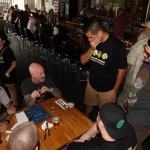 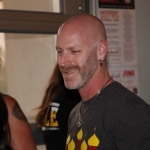 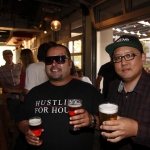 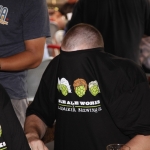 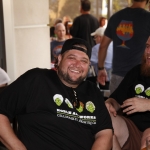