Barbara’s at the Brewery

My daughter wanted to take me out to lunch this past Sunday, specifically somewhere I had not yet visited. As she rattled off the various craft breweries and gastropubs that were midway between where she lives and me it was discovered that I had visited each of them. She then mentioned Bonaventure Brewing in downtown Los Angeles. I had been meaning to stop by there for a while, so we decided to meet there for lunch. Unfortunately, it never dawned on me that they would not open until 4:00 PM, so we arrived at The Bonaventure a couple hours before the brewery opened and the hotel’s cocktail lounge did not even sell the beer brewed on premise. This was not what I wanted to hear. As we were meeting my daughter there we had to find a quick substitute before she went through the trouble and expense of dealing with the valet. Tanya got on her iPhone to query Google and started looking for brewpubs in the downtown LA vicinity; the closest to us was Barbara’s at the Brewery. I had heard of the place but had never been there so it sounded like the place to be.

As we passed Union Station and Olvera Street I mentioned that Barbara’s must be part of Angel City Brewery; I have only been there once and I recalled that it was a pretty large facility so it was entirely possible that I had missed something. As we pulled up to Barbara’s I quickly realized that this was not associated with Angel City; but it sure did not look like they had room for a brewery either. There was a large smokestack that had “BREWERY” painted on it which did nothing to ease my confusion. When I walked in it quickly became evident that Google had misled me once again.

Barbara’s at the Brewery is not a brewpub, I am not even sure I would classify it as a gastropub either; it is a restaurant that serves craft beer. I asked our server what the deal was with the brewery smokestack and the “at the Brewery” in their name and was informed that the complex they are located in used to be a Pabst Blue Ribbon brewery many years ago. She thought that it may have been a brewery for someone else before PBR brewed there. The complex itself is called “The Brewery” and is now probably best described as an art colony, with Barbara’s being the location for food and drink.

Barbara’s at the Brewery offers 15 craft beers on tap, with most of them coming from Southern California breweries such as Beachwood, Smog City, The Bruery, and Craftsman. They have a nice selection with fair pricing; although they may be a little expensive for brews like The Bruery’s Bois which was $6.00 for a 5 oz pour (to be honest, it looked more like 4 ounces). Since we were there on a Sunday the menu was limited to brunch which was small and definitely had that artsy/vegan influence as evidenced by their substituting chorizo with soyrizo which is pretty much what you would guess; soy instead of meat. We had a breakfast burrito which was pretty tasty and my daughter had their Chilaquiles which she really enjoyed. I did take a look at their weekday food menu which looks to be a lot more extensive with several sandwiches, pizzas, salads and appetizers available.

I am not sure that I would go out of my way to go there again, but if you are in the area of Union Station in DTLA you might want to check them out. Barbara’s at the Brewery is open seven days a week and is located at 620 Moulton Avenue in Los Angeles. Cheers!

Back to Barbara’s at the Brewery Photos
[Show as slideshow] 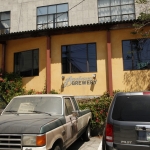 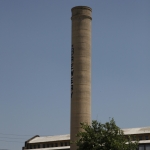 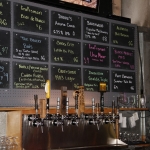 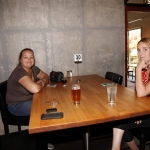 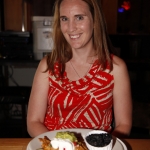 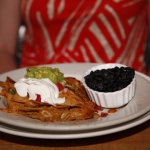 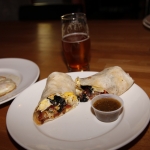 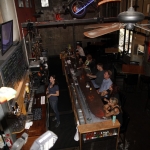 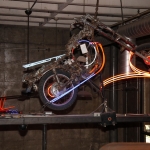 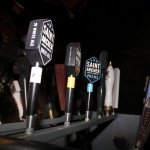 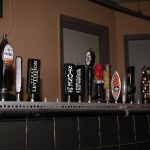 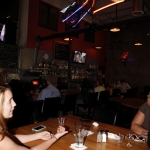 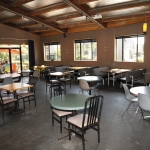 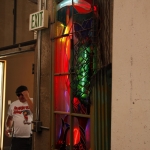 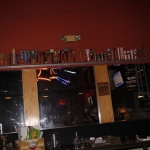 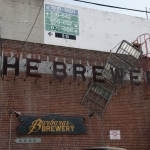 Back to Barbara’s at the Brewery Photos