Photos from the 2014 Euro Bierfest at Alpine Village

It must have been six or seven months ago when Alpine Village General Manager Otto Radtke first mentioned the idea of a European beer festival to me. While I was not entirely sure how well it would be received, there was one thing I was quite confident of, the Alpine Village in Torrance would be the one logical location in the South Bay, possibly in Southern California that could pull this off. Saturday afternoon they proved me right by holding their first ever Euro Bierfest 2014, featuring more than 50 beers from France, Belgium, Italy, Germany, Iceland, England, Czech Republic and Sweden to probably 300 attendees.

I do not know if I have ever attended a beer festival that had so few IPAs; there were three only Belgian IPAs, none of which displayed the hoppiness to which Southern Californians have become accustomed but the ciders, sours, Pilsners, stouts, porters, guezes, tripels, quads and various bocks more than made up for it. For people with Untappd accounts, this was an excellent opportunity to rack up some of those more difficult to achieve badges like Belgian Holiday, Johnny Appleseed and Crisp as Day. Even more important was the opportunity to try beers that are rarely seen in any of the beer bars I frequent. It was really fun trying brews that I really had zero knowledge of only to discover how delicious they were.

In addition to the fine biers, there was a buffet of German and American foods available to help soak up some of the alcohol; and there was a Chicken Dance in which contestants displayed their Oktoberfest dancing skills for a chance to win some Alpine Village t-shirts. All in all, this was a blast and I personally enjoyed meeting those of you that came up to say hello. Meeting you people is part of what makes my covering of these events so enjoyable; I thank you.

Alpine Village will be holding their 47th consecutive Oktoberfest this year, for eight weeks beginning in September. In November they will hold their 3rd Annual Alpine Kraft Bierfest; I promise you, you do not want to miss that. I will provide more information as we get a little closer to the date. Prost and cheers!

Back to 2014 Alpine Village Euro Bierfest Photos
[Show as slideshow] 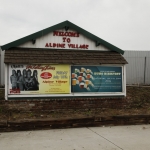 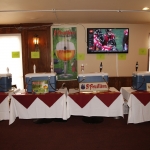 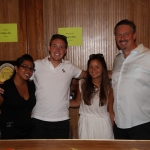 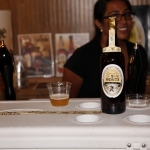 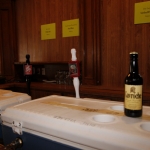 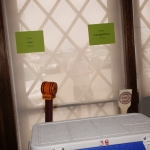 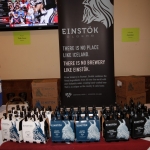 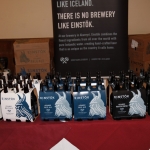 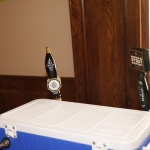 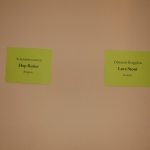 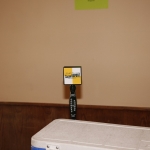 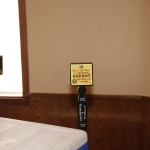 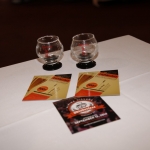 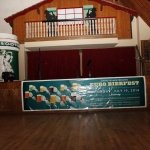 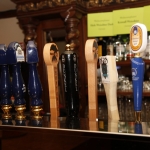 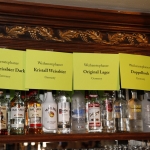 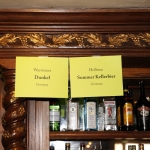