These photos were taken Saturday evening at South Bay Customs in El Segundo, where Travis Lavoie celebrated his 40th birthday, and his friend Josh Linden celebrated his 35th birthday. The birthday party was attended by close to 100 of their friends and family, and featured live music by local band, Pork Chop Express who provided the music for my first experience of live punk/rock karaoke.

Anyone that has been a long-time fan of El Segundo Brewing, and has visited their tasting room, probably either knows, or at least has met Travis. I think I met him there about six years ago when I first started going to El Segundo Brewing. Josh is another local El Segundo guy that I just met last night, but apparently went to El Segundo High the same time my kids did. The party had the feel that the attendees were long time friends, so most of them probably grew up in El Segundo; it was a fun group.

Travis and Josh went all out providing four different El Segundo Brewing brews, several varieties of wine, and pizza; a food truck was scheduled to come by later, but I had a long day and things to do before I could go to bed, so I left after the first karaoke set, which was prior to their arrival.

As someone that has always espoused that friends don’t let friends sing drunk, I have never been a fan of karaoke; than being said, my attitude was definitely adjusted last night. Live music karaoke is definitely a different level than what you have probably experienced in your average bar. Pork Chop Express rocked it, and the songs were familiar enough that many joined in from wherever they were standing. If I was 30 years younger I would have stayed longer; it was a lot of fun.

The party was held at South Bay Customs website, which is a motorcycle shop/art gallery/live music venue; they also rent their location out for private parties of all sizes. They have a nice patio out back, and a ton of cool things to check out inside. While I am not sure the policy on dogs, there were at least a dozen kids there, so apparently they like it too. The location is ideal for live music as the closest neighbor that is there in the evening is the Chevron refinery and I don’t think they complain about noise much.

Thanks to Travis and Josh for the invite, I had a great time; happy birthday to the two of you. Cheers!

Back to Travis and Josh Birthday Party Photos
[Show as slideshow] 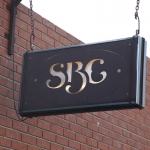 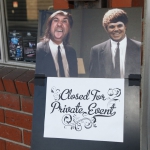 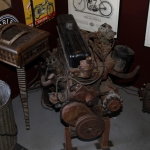 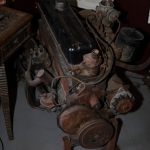 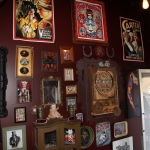 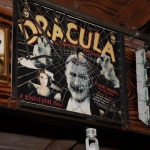 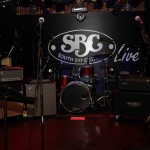 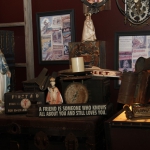 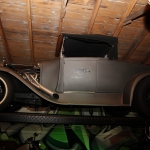 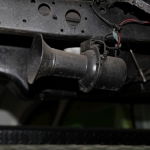 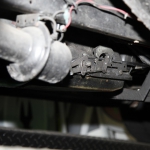 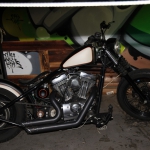 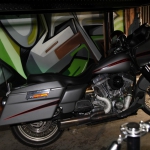 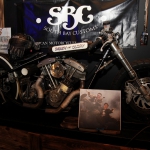 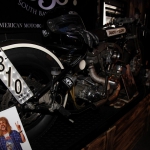 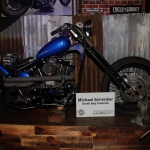 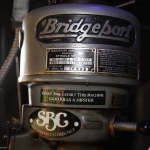 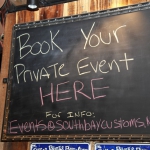 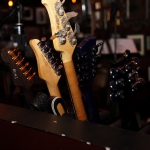