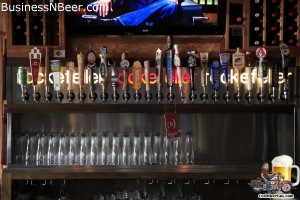 24 Craft Beers on Tap at The Rockefeller

During American Craft Beer Week in 2012 we spent the week researching local brewers and locations to find locally brewer beers. As I had spent most of the prior few years on the road, I really did not know what was going on in my own back yard. When I think about it, the microbrewery tasting rooms I spend so much time at in the last year were not even around 18 months ago; Naja’s was really the only place I knew offhand. One of the discoveries we made was The Rockefeller gastropub in Hermosa Beach. 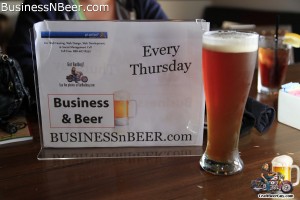 The Rockefeller is located on Pier Avenue in Hermosa Beach and is what I would consider one of the better gastropubs in Hermosa Beach. They have 24 taps with each one pouring a quality craft beer from as close as neighboring El Segundo to as far away as Belgium. The one consistent thing I can say about my experience with The Rockefeller is that they have always had a very nice tap list. They do offer flights, but they are preset; if it is slow and you are nice, you might be able to get a customized one.

Their food menu changes on a fairly regular basis; some things have been amazing, others have been okay. It has a nice atmosphere and children are welcome. The Rockefeller always has some kind of special going on, whether it is their Happy Hour or a special beer or wine and food pairing. They have a little parking in the back, but when I say a little, I mean a very little. Otherwise there are meters on the street.