The Road to Barstow

These photos were taken June 27 and 28 at in Barstow, and Claremont Craft Ales in Claremont. A couple years ago one of Oggi’s prior PR companies had reached out to me about covering a beer release they were having at their some of Oggi’s 15 locations. Unfortunately, none of those locations were local or convenient for me to visit. Last month, my buddy Steve and I drove to Las Vegas to see Aerosmith; it was then that I decided we should stop in Barstow and check out Oggi’s Sports Brewhouse Pizza since you never want to get to Las Vegas before 3:00 PM.

I guess Oggi’s has been around about 20 years, but I never really paid much attention to is since I only ever saw it in Barstow, and stopping in Barstow for more than gas or an Egg McMuffin never made much sense to me. Since Steve and I based our drive on missing as much traffic as possible while not getting to Vegas prior to check-in time at the condo, a stop in Barstow for a couple beers made perfect sense.

As I understand, some Oggi’s locations brewed beer in house, but Left Coast Brewing was opened by the son of the Oggi’s founders and Left Coast started brewing for all of them. The Barstow location typically pours 10 Left Coast brews, along with a few guest taps. Their selection reminded me of what a typical Southern California brewpub might carry; a Blonde, a Pale Ale, a couple IPA’s, a Hefeweizen, and a Stout; pretty typical options. I opted for a flight consisting of their Double Up Double IPA, Hoppily Ever After IPA, Torrey Pines IPA, and City By the Sea Pale Ale (probably my favorite). Since I was not driving, and it was available, I also had a New Holland Dragon’s Milk for dessert.

They have a pretty good food menu with salads, burgers, pizzas and various sides available; if you are driving from LA to Las Vegas or to I-40, it is a great stop.

The Oggi’s Sports Brewhouse Pizza we visited is located at 2854 Lenwood Road in Barstow and is open seven days a week.

When we were on the way to Las Vegas our GPS sent us along I-210, which goes through Claremont; I immediately suggested that Claremont Craft Ales would be open when we came back on Friday, so that is what we did.

I had only been to Claremont Craft Ales on two prior occasions, but that is only because they are 50+ miles of [usually] heavy traffic from home. If they were closer, I would definitely go there more often; I have never gone there and not thoroughly enjoyed myself. When I see their booth at a craft beer festival, I always stop by.

It has been almost five years since my last visit to Claremont; I guess the main difference I noticed was the number of available beers which was 25, up from the 18 they had in 2014 (they only had five the first time I went there in 2013). The other difference would have to be the available styles.

Since Steve had never been there, we both ordered flights; mine consisted of their Pistil Pale Ale, Claremont IPA, Pepper and Peaches IPA, Moultrie Light Lager, Norman Cream Ale, and Raspberry Gose, which I followed up with their Happy Days, a hoppy double Red Ale; their gold medal winner at 2018 GABF. The Pepper and Peaches IPA was really tasty as was the Raspberry Gose, but I think my favorite was the Happy Days. I recommend getting a flight and trying all they have to offer; I don’t think you will be disappointed.

Claremont Craft Ales is located at 1420 N. Claremont Boulevard in Claremont and is open Tuesday through Sunday. They are dog friendly, and seem to have food trucks more often than not. They offer growlers and some packaged beers to take home with you. Cheers! 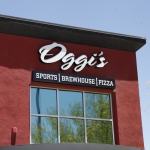 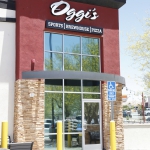 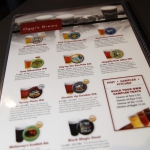 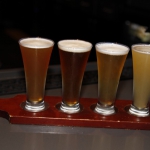 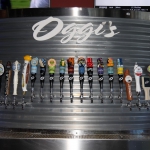 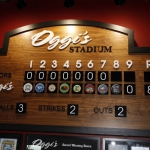 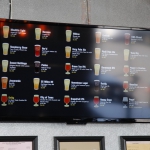 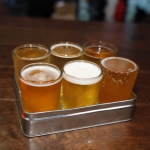 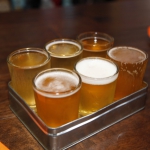 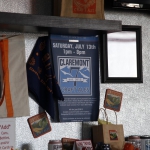