Saturday afternoon was set aside to travel to Menifee so I could watch my six year old grandson participate in the finals of a talent show put on by the Boys & Girls Club of Menifee Valley. It was being held at a church, so craft beer was the furthest thing from my mind when we pulled onto New Hub Drive in Menifee. As my sister passed the church, she swung the car around at the first street parking spot. As I stepped out of the car, to my surprise was The Mason Jar Brewing Company.

Mason Jar Brewing opened their doors in 2015, and brew with a 10bbl system and 20bbl fermenters. When I was there, they had 16 brews on tap. A look at the tap list made me think that they brew what they like; they aren’t just brewing it because it is faddish. They don’t distribute, and seemed like a neighborhood tasting room with a lot of regulars.

Out of the 16 beers they had available, only one was an IPA, No Clucking Way IPA; which was labeled as an East Coast IPA, but came across as a tropical West Coast IPA and it was very clear; you could see through it. Their Mexican lager looked nothing like a Mexican lager, but the jalapenos sure reminded you. The Coco Loco Pale Ale was pretty tasty, especially if you like coconut. I don’t think coconut always works, but it did with this beer.

They have some brews that they have special rim recipes for a few of their beers; I tried some of the Granny’s Stick Puddin’ with their rim recipe consisting of Nutella, more coffee, cocoa nibs and something else that I don’t recall. It was tasty, but maybe more of a dessert beer for me. The point is, they have lots of styles, and have fun with the styles they have.

The Mason Jar Brewing Company is located at 29683 New Hub Drive in Menifee. They are open seven days a week, dog friendly, and have growlers and crowlers to go. Word is, they will be opening a second location soon, with a full restaurant. And for those wondering, my grandson won first place in his age group. Cheers! 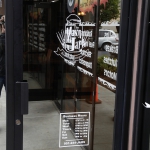 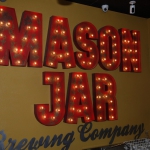 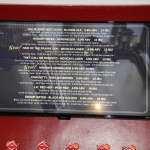 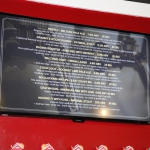 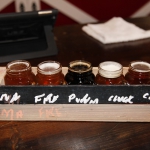 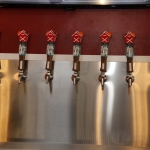 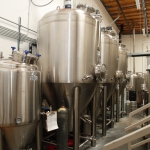 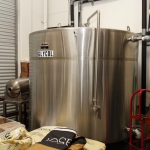 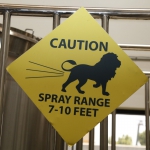 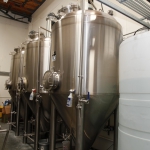 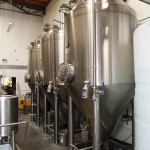 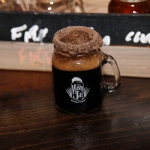 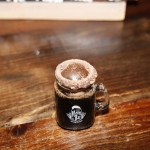 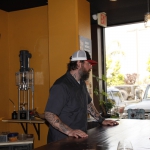 Back to Photos from The Mason Jar Brewing Company