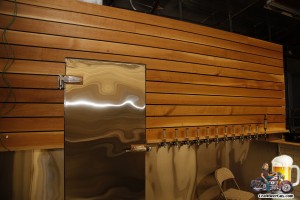 It was probably the middle of 2012 when I met a couple owners of a soon to be new production brewery in Torrance; The Dudes’ Brewing Company. When I talked to them about their plans I was a little surprised to hear that they were jumping into this brewing thing with both feet as their plans included canning immediately and opening a tasting room a little later. While canning usually comes a little later in the growth process of a new brewery, The Dudes’ brew house was not exactly typical when compared to other local brewers. What I found interesting was that the tasting room was going to be off-site of the brewery; Hermosa Avenue in Hermosa Beach had been mentioned with a location in Redondo Beach being mentioned after it seemed clear that Hermosa Beach was not going to happen. After the brewery started producing and canning beer it was decided that the tasting room would be opened on-site. While the big question was “when” it seems that the question has finally been answered; The Dudes’ Brewing Company tasting room will be open for business on Friday, September 12, 2014 at 3:00 PM. 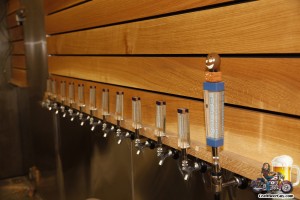 If you have not had an opportunity to visit The Dudes’ yet, the first thing you will probably notice is that their brewing system is highly automated and huge; too big to be making small batches with, that is for sure. The Dudes’ invested in a 3.5 barrel pilot system for their experimental brews and this will allow them to open with close to 13 taps; several of which have yet to be seen outside the brewery. Beers that will be available include their Kolschtal Eddy, Double Trunk DIPA, Grandma’s Pecan, South Bay Session Ale, Grinning Face Porter, a couple from their Juicebox Series and a brand new IPA and agave wheat that have not been given names yet. There will be pint and half pint tasting specials including $3.00 pints of the South Bay Session Ale. Growlers and four-packs will also be available for purchase.

The Dudes’ Brewing Company is located at 1840 W. 208th Street in Torrance. This Friday, September 12, they will be open from 3:00-10:00 PM; Saturday and Sunday they will be open 12:00-10:00 PM. There will be specials and giveaways all weekend so I hope to see you there as we welcome the South Bay’s newest tasting room. Cheers!