I remember the first time we visited Hudson House, a gastropub located in Redondo Beach; it was during American Craft Beer Week in 2012. At the time, the craft beer scene in the South Bay was just getting started or I was just starting to notice it anyway. Since it was the first time that my fiancee Tanya was able to actually join me in my craft beer adventures we had set out to discover as many American craft beers as possible. A search of Google led us to Hudson House, which was described as a gastropub; to be honest, I am not entirely sure I knew the true definition of what a gastropub was. What I did know was that they advertised having more than 50 craft beers available. The downside, at the time, was that of those 50+ brews only four of them were available on draught.

We did return about a year later because it was close to somewhere we had to be and Tanya had enjoyed their burgers. I honestly don’t recall a lot about the visit other than I had been able to buy a bottle of Dogfish Head 90 Minute IPA and I was not impressed by our dessert choice, their version of bread pudding; a chocolate banana croissant pudding. Be that as it may, we decided to revisit Hudson House on Monday evening. What a difference a couple of years make.

The first thing I noticed was that there were more beers available; more than 60 are currently available and of those five are available on tap. I guess the best thing about time is that with it comes evolution and when it comes to beer palates, Tanya’s has definitely evolved. While I can pretty much drink and appreciate any style beer put in front of me, it does not mean I want to drink a Bourbon Barrel-aged Belgian Quad at 4:00 PM; even if that is her favorite brew. Now that she has expanded her palate the job of finding a bottle that we would both enjoy was much easier; a Mischief from The Bruery was something we could both enjoy.

The food was a lot more memorable this time around as well. We got the sweet potato fries, which I usually do not care for, but these were pretty good. Ask for extra of the Aioli dipping sauce; it beats the heck out of ketchup. We then had the Lamb Paneer Skewer which was really good, the skewer is sugar cane and the flavor was outstanding. Tanya decided to order their banana cream pie which did not impress me; Tanya said it was okay but would not order it again.

All in all, it was a pretty good meal for under $50 and I am sure we will return at a later date. Hudson House is located at 514 N. Pacific Coast Highway (just north of Beryl) in Redondo Beach. Cheers!

Back to Hudson House Photos
[Show as slideshow] 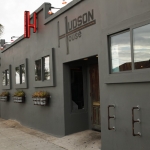 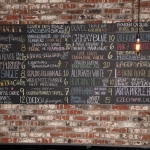 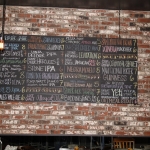 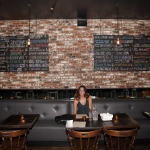 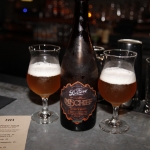 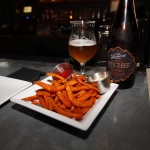 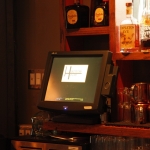 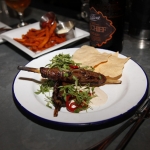 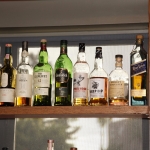 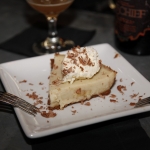 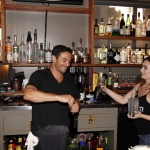 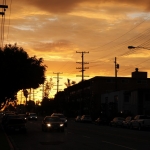 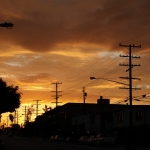 Back to Hudson House Photos