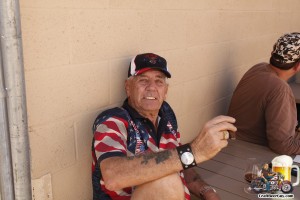 It was announced Sunday that actor R. Lee “Gunny” Ermey, of ‘Full Metal Jacket’ fame, died from complications due to pneumonia. The following statement was issued on Twitter by Ermey’s long time manager, Bill Rogin:

It is with deep sadness that I regret to inform you all that R. Lee Ermey (“The Gunny”) passed away this morning from complications of pneumonia. He will be greatly missed by all of us. Semper Fi, Gunny. Godspeed.

While this article may not seem beer related, Ermey was a co-owner of Lancaster’s own Bravery Brewing. I first met Ermey at Bravery Brewing in 2015, and my observations of him were that he was approachable and always had a smile on his face; unlike the persona he took on in his film and television roles. END_OF_DOCUMENT_TOKEN_TO_BE_REPLACED