These photos were taken Saturday afternoon at Marina Green Park in Long Beach, where the California Craft Brewers Association (CCBA) culminated their three day celebration of California craft beer and the CCBA’s 30 years of protecting and supporting the more than 1000 breweries in the state of California with California’s largest craft beer festival which featured 170 craft breweries from around the state.

To be honest, I almost did not make it due to the fact that I seemed to have picked up some type of convention crud on Thursday. I didn’t feel too bad on Friday, so I toughed it out and substituted handshakes with fist bumps; unfortunately, while that may have prevented me from spreading the bug to others, it did nothing to make me feel better Saturday. I felt worse than I have in years and it was very hot which did not make it any easier on me. But, as I am having another craft beer festival in a few months there was research to be done; so I struggled through it.

I have to say, trying to visit 170 booths in five hours is a task even on a good day, so suffice it to say, I did not get to visit everyone. There was at least one brewery tent I was recommended to stop by that was already closed by the time I got to them.

Since the Torrance area breweries were the closest to the entrance, I started with a couple that I knew would have what I wanted (HopSaint and Absolution) and they had shade with a cooling breeze that I had to take advantage of. But I know there were a whole slew of local breweries that I never made it to; it was unintentional, but like I said, 170 booths in a few hours is a task and apparently I was not up to that task.

In addition to the copious amount of beer, there were several food trucks that I never noticed until the event was over, live music, cornhole, and other games for those wanting to take a break from the beer.

I have no idea how many attendees there were, but it had to be several thousand. Because Marina Green Park is so large and the breweries were everywhere, I only noticed two significant lines; one for Monkish Brewing and one for Russian River.

All in all, it was a very fun event and I only noticed two or three people that appeared to have too much fun.

Congratulations are due to the California Craft Brewers Association, as well as all the sponsors and volunteers for putting on an outstanding three days of education, networking, and beer drinking; job well done. I look forward to returning next year. Cheers!

Back to Photos of Summit Beer Festival 2019
[Show as slideshow] 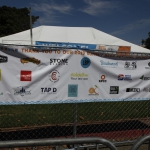 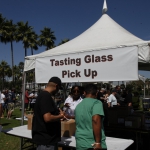 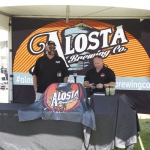 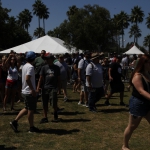 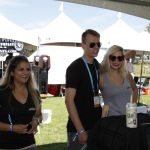 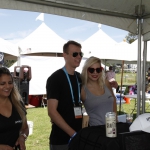 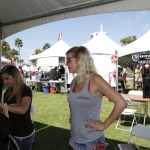 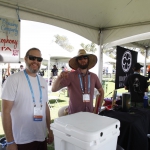 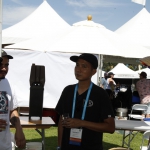 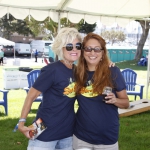 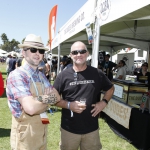 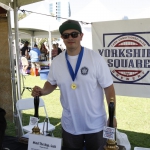 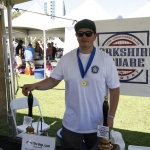 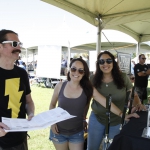 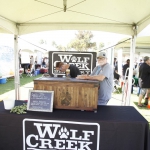 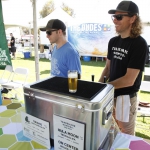 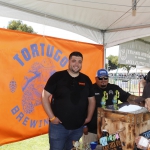 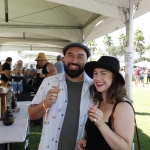 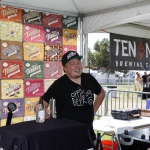 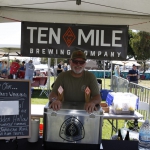