As Rich Marcello, co-owner of Strand Brewing Company, describes it, he was sitting on his surfboard Saturday morning, not sure if anyone would show up for the scheduled 4 year Celebration that was to begin at noon. “Even at 11:55, I was ready to open the doors and was still not sure if anyone was going to show up.” Well, show up they did; and in throngs. Friends, family and fans of Strand Brewing’s handcrafted ales showed up at noon and they kept coming in. I could only stay for the first half and in addition to the nine beers on tap there were four special beers on cask that had all been drained by 3:00 PM. Personally, I never doubted that there would be a great turnout, but Rich is a pretty modest guy.

Equally modest is the other owner and head brewer, Joel Elliott. One must admire what he has done considering he had no intentions of being the brewer at Strand; things happened and he stepped up to the plate. When I think back to my first visit to the Strand Brewing tasting room in May 2012 they had four beers available; Beach House Amber, 24th Street Pale Ale, Atticus IPA and Batch 100 Stout. Today, in addition to the original four they offered Harvest Ball Witbier (4th Anniversary Ale), White Sand Imperial IPA, Black Sand Imperial IPA, Expression Session Pale Ale and Musashi Black IPA on tap. They had two casks going at a time for as long as they lasted, beginning with their Atticus IPA with Citra hops and their Harvest Ball Witbier with blood oranges. When those were emptied a cask of White Sand Imperial IPA with Mosaic hops and a cask of Batch 100 on coffee were brought out. As you can see, for someone that never intended to be a brewer, Joel has been really spreading his wings.

In addition to the great beer and celebrity appearances, four-time reigning Tetris World Champion Jonas Neubauer poured beer much of the day, Villegas Tacos was there providing food for those in need. Some of the guests even brought in a few tasty treats, making it a fun afternoon. Congratulations to Joel and Rich and we all look forward to your 5th Anniversary celebration. Cheers!

Back to Strand Brewing 4 Year Celebration
[Show as slideshow] 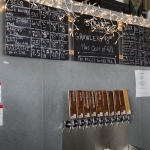 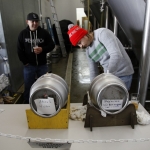 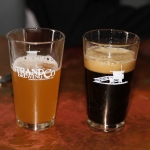 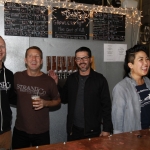 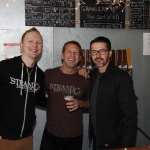 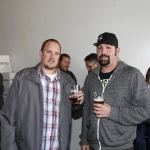 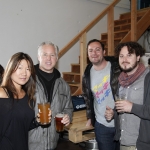 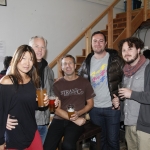 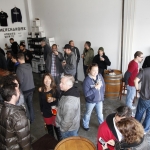 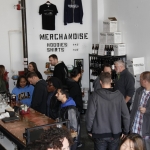 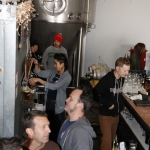 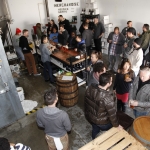 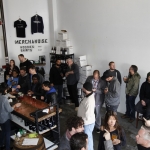 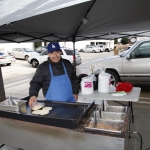 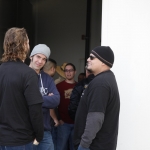 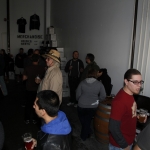 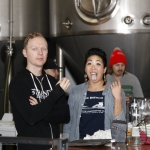 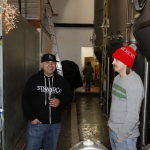 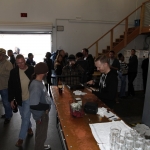 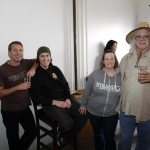