Road to the Firestone Walker Invitational

This past Friday morning I decided to start working my way north for the 4th Annual Firestone Walker Invitational Beer Festival in Paso Robles. I left a little early as I was going to take the 101 and try to find a brewery that I had yet to visit. I had posted on the Craft Beer Guy Facebook page asking for suggestions and one of my followers and personal acquaintances, Charles Mumford, recommended a few, but the one that I knew would be open at the same time I was in the area was Rincon Brewery, a brewpub located in Carpinteria.

I arrived just before noon and their outside patio seemed packed with customers enjoying the warm sunshine. As I entered I noticed that they had about 10 of their own brews and several guest taps. It was a nice looking room with a surfer vibe, which should probably be expected considering the name Rincon and its proximity to the beach. To the left I noticed a large window that displayed the brewery on the other side. Since I was traveling solo this trip, I decided I would just get one flight and ordered their Bates Blond Belgian Style Blond, Indicator IPA, 17 @17 IPA and Rivermouth Stout. All four were solid beers and made me think they must have been open for years because things seem pretty dialed in, especially considering they were offering 10 varieties.

The beertender, who happened to be co-owner Alma Billgren, noticed I was taking photos and asked who I was shooting for. When I told her she suggested I meet their brewer, another co-owner, Shaun Crowley. He invited me back to the brewhouse and told me a little of their history and his own. Apparently they have only been open a little more than six months, which really surprised me. Crowley later informed me that he and Billgren had met while working at Island Brewing Company where he was the head brewer. While there, he took home medals at the 2012 Great American Beer Festival and got the desire to open his own place.

While he has five fermenters currently, he plans on adding a few more in the near future. That will pretty much fill his available space, but he might be able to fit in a few barrels for some aging. Beyond that, they will need more space for brewing.

Rincon Brewery is located at 5065 Carpinteria Avenue in Carpinteria. They have a nice food menu, but I did not order any food so cannot really speak to it. While they are thinking of canning in the not-too-distant future, 32 and 64 ounce growlers are the only options for to-go orders.

I continued on for a brief stop at Barrelworks in Buellton in order to pick up some of the 2015 Stickee Monkee as promised, for Tanya. To say the place was packed would be an understatement, I probably saw 20 people from the South Bay area that were there at the same time. It looks like they did a lot of remodeling since the last time I was there. Their barrel room really was a lovely sight.

After picking up my Monkee and having a quick flight I headed up to Paso Robles where I met up with my friend, Shane Kral. I have mentioned Shane several times on this site as he is a Regional Sales Manager for Firestone Walker. Up until recently he had Los Angeles County as his area but has recently been moved to Orange County. If you live in that area and you hear me mention an upcoming Firestone Walker event, you might want to head over if you can; Shane puts on some fun tap takeovers. Shane was also the one that hooked me up for the Firestone Walker Invitational Beer Festival, so many thanks to him for that.

When we met up in Paso Robles he was with his friend Trent Anderson who is the beer buyer and manager of 49rs Tavern & Grill in Long Beach. We got a cab and headed to downtown Paso to do a mini pub crawl. We hit Spring Street Saloon, Pappy McGregor’s and Downtown Brewing Company all of which carried Firestone. Pappy McGregor’s had the most festival attendees and it looked like everyone was ready for a good time Saturday; I know we were. Cheers!

Back to photos from Rincon Brewery, Barrelworks and Downtown Paso Robles
[Show as slideshow] 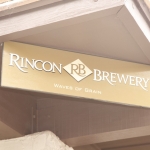 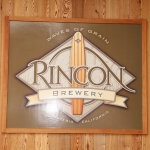 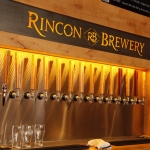 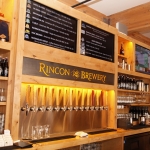 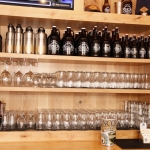 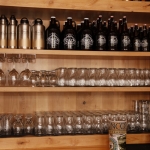 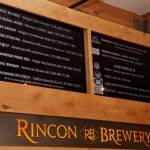 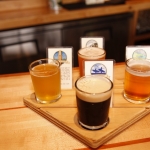 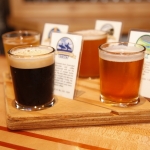 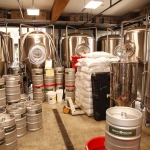 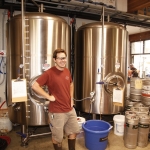 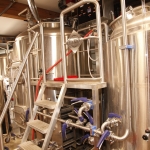 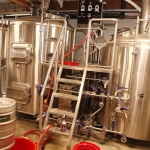 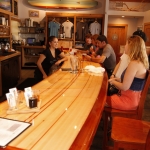 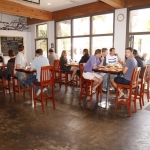 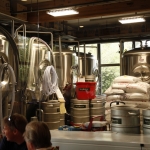 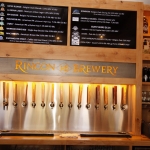 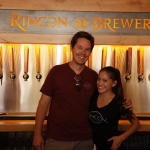 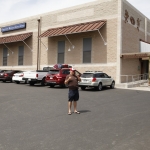 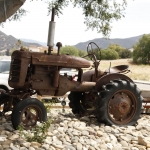 1 2 ... 4 ►
Back to photos from Rincon Brewery, Barrelworks and Downtown Paso Robles