I was invited to attend an event on Saturday featuring an Angry Horse Brewing tasting party for supporters of their Indiegogo campaign which was immediately followed by a birthday party for Angry Horse co-owner and head brewer Luis “Angry Lou” Michel. Before heading out to Montebello for the party I decided to read over their Indiegogo page again and noticed that they spoke of being inspired by the recent opening of Progress Brewing in a neighboring city. Since I was unfamiliar with Progress Brewing I decided to Google them and find out where they were in relation to the Angry Horse event. When I saw that they were only about five miles away from each other it was decided that we would stop by Progress Brewing in South El Monte before going to Montebello.

I will admit that after visiting the Progress Brewing website I was not really sure what to expect; I read a couple articles that seemed to emphasize the fact that Progress was in a Latino neighborhood, the brewer was Latino and they were the first microbrewery in South El Monte which was 85% Latino. When we first pulled up to Progress Brewing the Latino influence was readily apparent from the building design and the painted advertising on the walls. If I had not been looking for a brewery I would have thought it was a neighborhood carniceria. When I walked inside the motif continued to remind me of some cantinas I have visited in Baja with its bare walls, bench seating and tile floors. What really surprised me was their tap list and the pricing.

I started talking with co-owner Kevin Ogilby and discovered that Progress Brewing has only been open for about 10 months. I was immediately impressed because their tap list offered 10 different brews ranging from their Blonde Kölsch and Gold Rush Witbier to a really nice Porter and Fat Henry Russian Imperial Stout. In fact, at one point Tanya (my fiancee) mentioned that they had everything but a sour or barrel-aged option. When Ogilby asked our thoughts about their brews I mentioned Tanya’s observation and he said they were preparing a barrel-aged anniversary brew with a sour soon to be available.

This is a nice operation that reflected a lot of craft beer love, even if a vast majority of their clientele is inexperienced with craft beer. Ogilby and his business partner Diego Benitez met as chemists and decided to put their home brewing experience together to open the brewery. This may have taken a little longer than some microbreweries experience since they built their tanks themselves! As I watched the steady stream of people come in to try a new beer experience for them I noticed a couple things that I had to ask about. They sell 32 and 64 ounce growlers which I noticed were being sealed with heat shrink; as we discussed growlers Ogilby informed me that Progress Brewing fills foreign growlers as a few tasting rooms are beginning to offer around here, but with a twist. Progress will wrap your growlers so that the foreign label is covered but not ruined should you remove it. They will also clean and sanitize the growler for you before filling it with their beer. If you look at the tap list the one thing that has to stand out is their pricing. I do not know anywhere in the LA area that sells 64 ounce growler fills for $8-12. If you find yourself in the South El Monte area check out Progress Brewing, you will not regret it. Progress Brewing is located at 1822 Chico Avenue in South El Monte.

After finishing our flight we headed over to the home of Luis and Gayle Michel, two of the owners of Angry Horse Brewing. As I stated above, their event started as a tasting party for their Indiegogo campaign supporters and concluded with a birthday party for Angry Lou complete with a bottle share. By the time we got there it seemed that most of the people there were involved with the craft beer industry in some manner; whether brewers or craft beer writers. I was able to try five of their beers; Cheval De Trait Belge Ale (a Belgian-style pale ale), Burnt Shirt Brown English Brown Ale, Hooligan English IPA, East LA IPA; and my personal favorite, Black Jax Russian Imperial Stout.

Between the time that I was invited to their event and the party itself, Angry Horse Brewing announced that they had found a location for their brewery and tasting room in downtown Montebello so it will not be long before Angry Horse Brewing becomes a reality. Gayle Michel told me that the City of Montebello has been very receptive to the wants and needs of Angry Horse. While you cannot currently purchase Angry Horse Brewing beers, that does not mean you cannot try it. Their Indiegogo campaign runs through June 26, 2014 and if you contribute at the “Pinto” level they will ship a growler to your doorstep for free (providing you live somewhere it is legal to ship beer to).

Judging by the brews I sampled at Progress Brewing and Angry Horse Brewing I think it is safe to say that craft beer is really spreading its wings enough that it does not matter where in Los Angeles County you might be, there is a craft brewery nearby. Cheers! 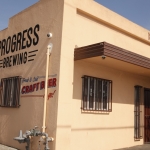 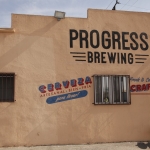 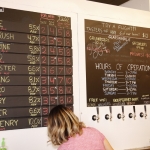 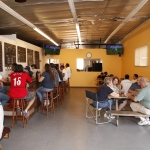 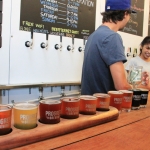 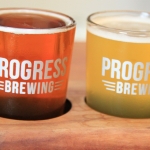 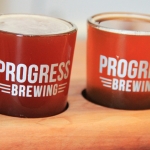 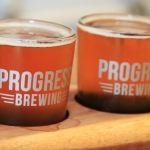 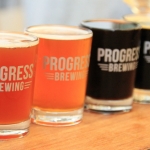 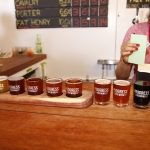 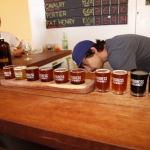 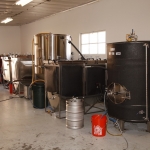 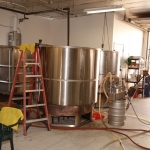 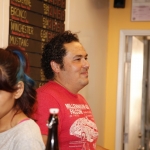 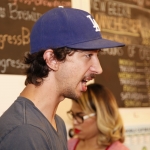 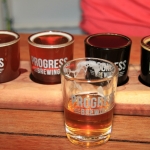 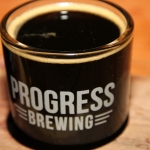 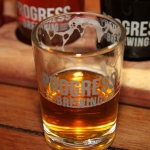 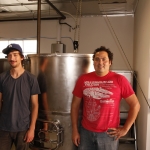 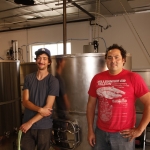