These photos are from Absolution Brewing Company’s Hoppy 2nd Birthday celebration that was held at the production brewery’s Torrance location on Saturday, March 5. The event featured the release of their Anniversary Ale which was featured on CO2 and cask, as well as cask versions of Angel’s Demise, Fallen Archangel and Padre Bravo.

For entertainment, the overcast day began with the bluesy sounds of Nasty Bad Habit; then as the day cleared up a bit the rocking music of Barley Legal kept everyone on their feet. Since it would be irresponsible to provide so much beer and not have food, there were two options available; Barley Hops Grill and Felice Italian Catering.

Several hundred people showed up throughout the course of the day, many from as far as San Diego where Absolution’s roots sprouted; and one guy from Milwaukee showed up. It was kind of funny because I met him a year or so ago at The Bruery but he did not know the party was going on and I did not know he was back in town; he just happened to be around and showed up. He really enjoyed the tasting room scene as they have mostly brewpubs in his part of the country and brewpubs tend to be less social than a tasting room.

For those that had not been to Absolution in the last three or four months, they were treated to essentially an entirely new brewhouse since Absolution upgraded at the beginning of this year.

Congratulations to Nigel, Steve and Bart for a very successful couple of years and what promises to be a banner future. Hoppy birthday and cheers! 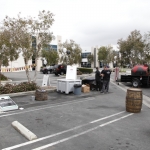 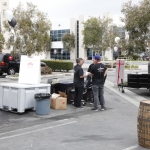 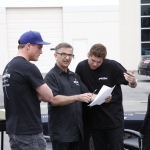 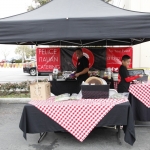 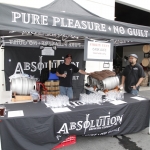 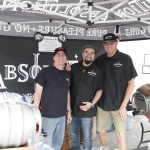 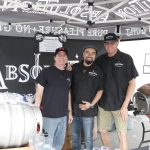 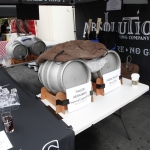 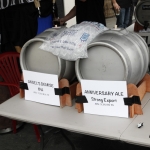 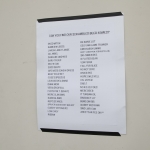 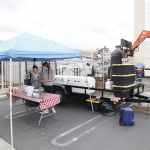 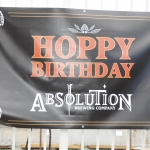 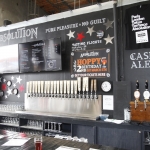 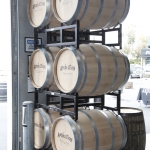 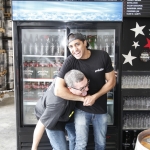 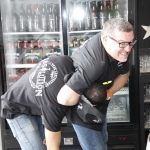 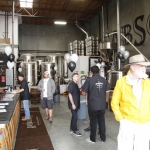 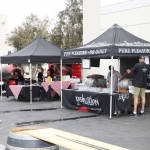 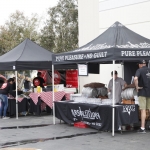