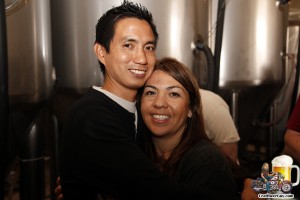 On Wednesday evening the Torrance Planning Commission heard a request by Torrance craft brewery, Monkish Brewing Company to modify their Conditional Use Permit issued in 2011 to allow extended hours and food trucks. Their application, MOD15-00004, was approved unanimously.

Monkish Brewing Company was the first production brewery in Torrance to get a Conditional Use Permit to open a tasting room, even though Strand Brewing opened a couple weeks before them. Back in 2011 when Monkish first appeared before the Planning Commission the craft beer landscape was significantly different in the South Bay than what we have today. There was Monkish and Strand in Torrance with El Segundo Brewing in El Segundo. As it was a new scene and no one really knew if craft beer was going to take hold this time (it tried 15-20 years ago with little success); in fact, when Monkish first requested to open the tasting room it was described as a “small accessory” to the brewery itself. As a consumer, I kind of figured that the three brewery owners got together and said, “Let’s open Thursday through Sunday and see what happens.”

Well, the times have changed; Torrance is now a craft beer destination. Instead of having two production breweries and one brewpub (Red Car) in Torrance, we now have five production breweries with a second brewpub (HopSaint) scheduled to open within the next two months. With the addition of each new production brewery and tasting room has come the request for longer hours and the ability to have food trucks. When Strand Brewing Company got the Conditional Use Permit for their new location, they made sure to request the ability to have longer hours and food trucks. Last night’s approval essentially leveled the playing field for Monkish Brewing giving them the ability to be open essentially seven days a week including special events.

Under the terms of the modification of Conditional Use Permit CUP11-00009 Monkish Brewing now has the ability to be open from 4:00-10:00 PM on Wednesday and Thursday, 3:00-10:00 PM on Friday, and noon until 10:00 PM on Saturday and Sunday. Additionally, they can be open from noon until 10:00 PM on Federal holidays, New Years Eve and the day before a Federal holiday. They also have the ability to host special events on Mondays and Tuesdays from 4:00-10:00 PM. They can also have food trucks that have been approved and licensed by the City of Torrance.

I would not look for or expect any immediate changes in the operation of Monkish Brewing, as Monkish Brewing co-owner Henry Nguyen explained to the commission, they were essentially putting things in place so they did not have to ask permission or get a special permit every time they wanted to do something a little different. In fact, just before the vote was taken, Planning Commission Chair Polcari asked if the request was granted, if Monkish would implement the changes immediately. Nguyen explained that he and his wife would have to sit down and figure that out. It was suggested that since this Sunday is Father’s Day, it might be a good time to try out the extended hours. Personally, since LA Beer Week begins this weekend, I think the timing was perfect. I would advise watching the Monkish Brewing Facebook page for announcements on their extended hours.

Monkish Brewing Company is located at 20311 Western Avenue in Torrance. Congratulations to the entire Monkish Brewing team and thank you to the Torrance Planning Commission on helping our craft breweries turn Torrance into the craft beer destination it has become. Cheers!