Missouri Craft Beer on I-44

This portion of our Craft Beer Tour 2016 will be eastbound; beginning in Missouri and ending in Arizona. All of the Missouri portion can be found along I-44.

While it has been five years since the last time I drove along I-44, I seem to have driven this route more than anyone I know. The only reason I mention this is because I have driven through St. James, Missouri many times; so much so that I am readily familiar with some of the billboards you will see along the way. One of those billboards is for St. James Winery; so imagine my surprise when I saw an attachment to the winery’s billboard that suggested there might be a brewery now associated with the winery. Our first stop in Missouri would be Public House Brewing Company, which is located right next door to St. James Winery.

Public House has two locations; the St. James Taproom and the original Rolla Brewpub which is located about 10 miles west of St. James. We visited both, starting with the St. James location.

The St. James location opened in 2014 and is located a few hundred yards from the winery; with a very nice patio area called The Gardens that is shared between the two facilities. Since the patio is dog friendly, we chose to enjoy a flight of their seven beers and a cider with a very good pizza. Their Session IPA and Elusive IPA were both very good, but it was their Thorn & Heat pale wheat ale that ended up joining us for the ride home.

Public House Brewing’s St. James Taproom is located at 551 State Route B in St. James. They are open seven days a week, sell food and have a full bar. As it is located right alongside I-44 it is not an out of the way destination.

Since we were headed west anyway, we followed the suggestion that we check out the Rolla Brewpub; which is currently the R&D division of Public House. Using their 3.5 BBL brewhouse, this is where Public House does their experimenting; in other words, at the Rolla location you will find brews that might not be available at the St. James location yet. The night we were there, one of those beers was their Missouri Common, which was a lot like a California Common except it was brewed in Missouri.

The Public House Brewing Company Rolla Brewhouse is located at 600 N. Rolla Street in Rolla. While they describe themselves as a brewpub, I think that might be more for legal reasons. They have some food available, but you are welcome to bring in food from outside. If food is a concern, I might wait the 10 minutes and go to the St. James location instead. Either way you are in for a good time as the beer and the environment are equally enjoyable.

A couple hours west of Rolla is Springfield; home of Springfield Brewing Company which is a brewpub that has been around since 1997.

Springfield Brewing has an interesting story in that their location was formerly the display showroom for the Paul Mueller Company, who manufactures brewery equipment. Eventually the showroom was turned into a brewery, which means the tanks were there before the brewery was.

As I was wandering around, taking photos, I came across a poster that said, “If I were not proud of our beers, they would not be served” attributed to Springfield Brewing Company Brew Master Ashton Lewis. After trying their beers, I had no problem believing that to be true.

We tried a flight of their six brews they had available and each seemed to be better than the last one. Whether it was Paul’s Pale Ale, Bull Creek Brown, Mayhem Märzen, or their Greene Ghost IPA; they were all delicious beers.

As good as the beer was I think one of my biggest surprises was their Mediterranean Platter. It came loaded with falafel, lamb dolmas, hummus and warm naan bread; it was delicious and really not what I was expecting to find in Springfield, Missouri.

Springfield Brewing Company is located at 305 S. Market Avenue in Springfield. They are open seven days a week and have 6-packs and crowlers to go. You will not regret stopping here for food or beer; they also have a full bar.

Mother’s Brewing Company is a production brewery with a tasting room; they do not do flights, but they will give you a small sample if there is something you want to try before purchasing a full pour. They have what can almost be described as a park outside, which is dog friendly.

I was given a tour around the facility which can only be described as massive; as you look through the photos you cannot help but notice how large their tanks, lagering tanks included, are. And they still have room for a bottling line that rivals any I have seen. The building used to be a bread factory and something like a Dixie cup factory which resulted in their space coming complete with a machine shop; so they can make replacement parts if required. It is a pretty cool operation.

We tried several of their beers including their Ales for ALS contribution, Black Hops; which is the only black IPA I have seen done for this fundraiser. It was pretty good. The Loopty Loop lager was pretty dead on, and the Over the Top IPA was delicious; but my favorite had to be the bottle we brought with us based on the recommendation of our server. The Imperial Three Blind Mice Bermuda Style with its ginger, lime and chocolate made it one of the best browns I have ever had; square biz.

Mother’s Brewing Company is located at 215 S. Grant in Springfield. They are open every day except Monday and have bottles to go. It is definitely a good stop. Cheers! 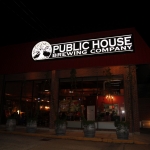 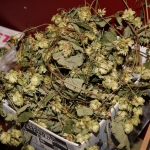 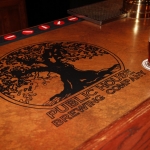 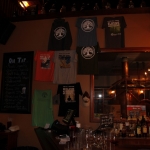 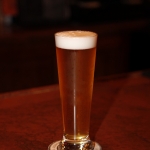 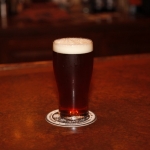 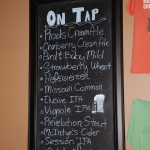 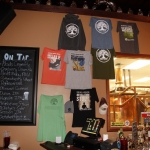 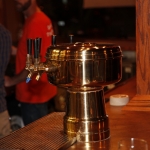 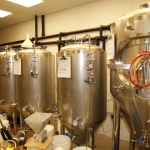 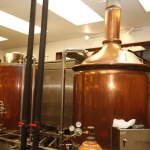 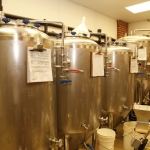 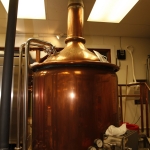 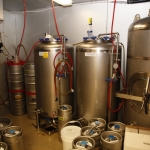 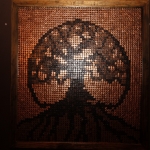 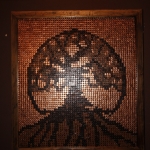 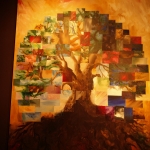 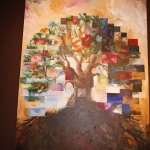 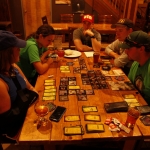 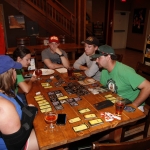