These photos were taken at the Lugosi Bottle Premiere and Halloween Celebration that was held Saturday evening at Phantom Carriage blendery and tasting room in Carson. The event featured the release of a bottled version of Lugosi, a high gravity dark wild sour ale aged in oak with Brettanomyces, lactobacillus, and Pediococcus; featuring sweet cherry, vanilla, and stone fruit.

Since it was also a Halloween party, Phantom Carriage played Universal Studio’s 1931 version of “Dracula” on a large screen in the back parking lot. As Dracula starred Bela Lugosi, and they were releasing the bottled version of Lugosi, it only made sense that this would be a good time to invite Bela Lugosi, Jr. to join the fun, which he accepted and brought along a good portion of his family.

Celebrator Beer News writer Tomm Carroll, who also works in the film industry, had the opportunity to interview Mr. Lugosi before opening it up to the audience for a general Q&A session. Lugosi spoke about what it was like growing up in the Lugosi family and how he decided to get into practicing law, primarily dealing with intellectual property disputes that celebrities deal with when their name or likeness is used without authorization.

It was a great night with lots of lovely brews and some very well put together costumes.

Phantom Carriage is located at 18525 S. Main Street in Carson and is open Tuesday through Sunday. Cheers! 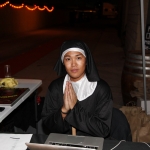 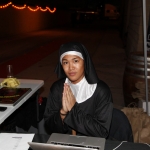 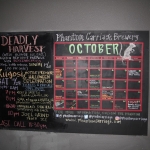 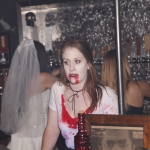 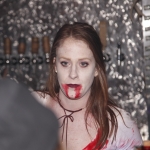 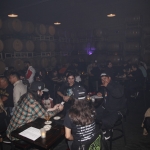 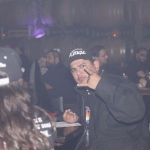 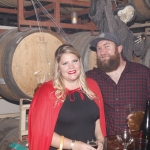 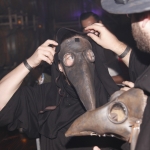 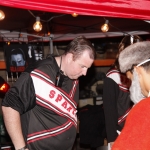 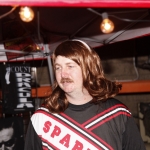 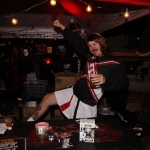 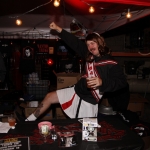 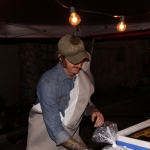 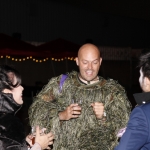 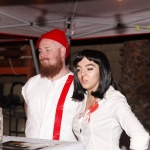 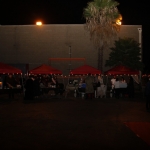 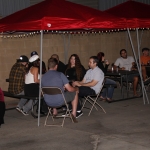 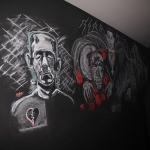 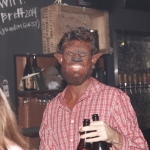 1 2 ... 9 ►
Back to Lugosi Bottle Premiere and Halloween Celebration at Phantom Carriage Photos