Anyone is the LA area that has been paying any attention to the craft beer scene has probably noticed that the name “Goose Island” has been appearing at more local locations than ever before. Goose Island Beer Company originated in Chicago, IL in 1988. While they may not have been well known out here, Goose Island is most certainly a popular craft beer brand that I would notice in my travels around the mid-west. In 2011 AB-InBev, parent company of Anheuser-Busch, acquired Goose Island; one might guess that with the additional revenue behind them, Goose Island was now made available in all 50 states. In fact, Goose Island is having migration campaigns around the country. Last night I attended the Rock & Brews PCH LA Beer Week Goose Island Craft Beer Dinner, a five course meal paired with eight varieties of Goose Island brews.

This was my first visit to Rock & Brews PCH, so I was looking forward to seeing how it compared to their El Segundo location. At first glance it seemed like the El Segundo location might be a little more spacious, but it is close. Noticeably missing from the PCH location is the electronic scoreboard that lists all of the available beers on tap so I am not really sure how they handle making the available rotating taps known, but they do have a very extensive printed menu of draught and bottled beers that are always available. They also have a few tables that have four beer taps with lines going directly back to the cooler so you can serve yourself. Each table has its own combination of beer but I did not get a chance to really investigate the combinations. That idea definitely has potential. I guess what really surprised me was the food.

As a firm believer of the “happy wife, happy life” policy, I have never really looked at the food menu at Rock & Brews; primarily because I was there for the beer and Tanya and I are just going to split the food anyway, so whatever she wants is fine with me. She really likes their Chicago dog and it is big enough for the two of us so that is pretty much what we always order. Since last night was a 5-course meal, I had an opportunity to try some of their other offerings; Strawberry Fields Salad, Asian Wings, Bleu Cheese Bacon Burger, Pulled Pork Pizza and Purple Rain Drops for dessert. We were stuffed by the end and I think I found a couple substitutes for the Chicago dog as I really enjoyed the salad and wings a lot.

For the pairings they had two options with Goose Island’s classic or vintage craft beers. The beers sampled, in order, were 312 Urban Wheat Ale or Matilda Lambicus, Harvest Ale or vintage Matilda, India Pale Ale (IPA) or Pere Jacques, Honker’s Ale and Sofie Paradisi. While Goose Island may have been acquired by a corporate giant of the beer world, it is apparent that their 25 years of brewing craft beers will result in interesting brews for years to come. I asked someone in attendance last night, that works for Anheuser-Busch, what Goose Island’s plan is as far as experimental batches were concerned and he told me that Goose Island still tweaks their brews and those experimental batches will be shipped around the country to be found in the better gastropubs and bottle shops as well as the Goose Island brewpubs. Cheers! 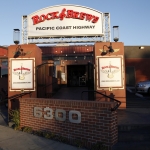 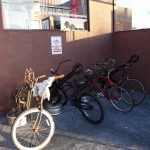 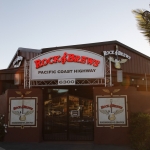 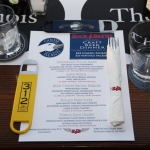 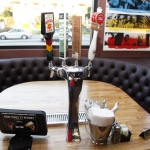 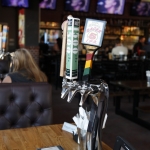 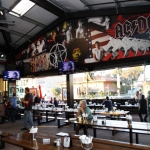 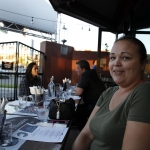 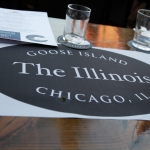 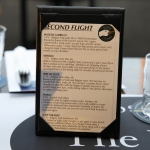 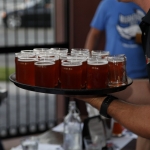 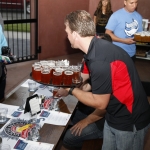 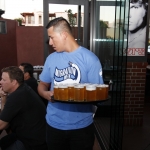 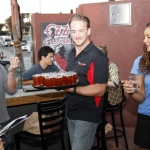 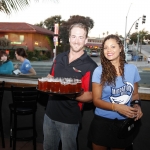 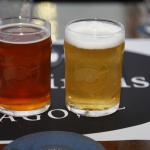 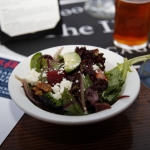 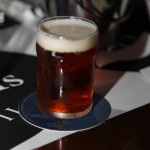 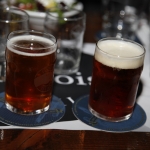 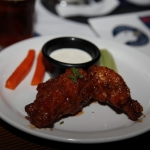