King Harbor Tap Takeover at Cork’er and a Proposal

These photos were taken Friday evening when Redondo Beach’s first production brewery, King Harbor Brewing Company, had a tap takeover at Cork’er, a new Irish pub/cafe in Redondo Beach. King Harbor brought out two versions of The Quest Pale Ale, Rakau and El Dorado; and their Abel Brown and Vanilla Abel brown ales to accompany the various dishes available at Cork’er. In addition to the good beer and food, King Harbor Brewing provided glassware to the first group of attendees and raffled off a King Harbor Brewing growler (with a free fill) as well as one of their hats. Cork’er raffled off tickets to an upcoming Dodgers vs. Giants game and $50 in cash.

Cork’er is owned by Larry Killian, for former owner of Killian’s in Torrance. The one thing that really sets Cork’er apart from other local businesses is that they really go to the limit when it comes to supporting other local businesses. The beer is almost all from our local craft brewers, their furniture was bought from a local furniture store just down the street from their location, the art on the walls is from local artists and Larry spends a lot of time at local farmers markets purchasing ingredients for the meals they prepare at Cork’er. There is no doubt that Cork’er is a local business that supports other local businesses. If you want to support their business, Cork’er is located at 2810 Artesia Boulevard in Redondo Beach and is open seven days a week from 7:00 AM until 10:00 PM.

While I was photographing the event Larry approached me and said that he was going to propose to his girlfriend Julie and asked if I would be willing to photograph that. Naturally, I was honored so I just happened to show up at the local Elks Lodge in Redondo Beach to capture the proposal; those are the photos on the last page. I would like to thank the Benevolent and Protective Order of Elks and specifically Redondo Beach Elks Lodge #1378 for allowing me to photograph the proposal. For those wondering, Julie said yes. Cheers!

Back to King Harbor Tap Takeover Photos
[Show as slideshow] 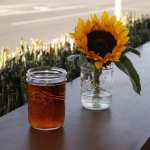 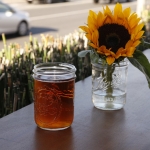 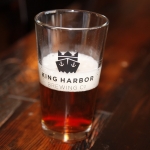 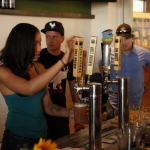 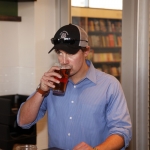 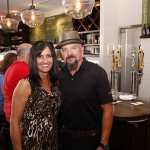 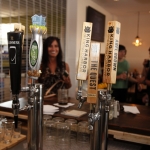 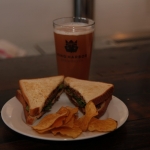 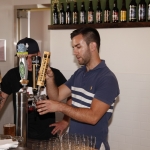 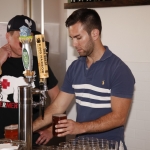 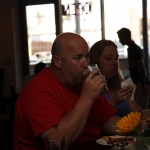 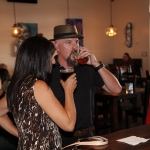 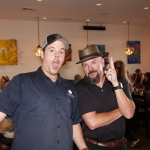 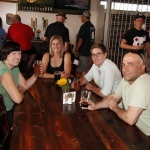 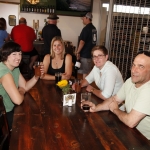 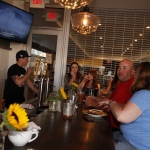 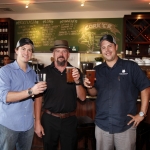 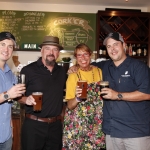 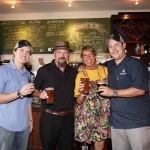 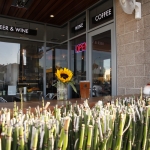