Regular visitors to Smog City Brewing Company cannot help but notice the large number of aging barrels that have been accumulating in the tasting room and on Saturday afternoon Smog City released the first of their bourbon barrel-aged beers. Goldie, a Belgian Golden Strong Ale, was aged in those bourbon barrels for over five months. Goldie marks the first release of their boutique and limited release barrel series. Like just about everything that has come out of Smog City in the year and a half since they opened their production brewery in Torrance, it was outstanding. For those that enjoy watching the evolution of the beer they drink, Smog City also offered Atomic 82, Batch 1 and 2. Atomic 82, Batch 1 is what Goldie was before she entered the bourbon barrels. Atomic 82, Batch 2 will become next year’s Goldie. It was interesting how different 1 and 2 were from each other. If you have a chance to try them, I would recommend it. Bottles of Goldie are available at the tasting room; I would not expect to see it at any stores as bottling was extremely limited. So limited that the side labels each has the beer name, bottle number, ABV and bottled on date handwritten on them.

In addition to the Goldie release, Smog City used the opportunity to release their fall seasonal, Smoked Smaug Lager and a bunch of beers I had never tried like Gottalottahops and Wet Hop Hoptonic. It was a good beer day at Smog City Brewing Company. Smog City is located at 1901 Del Amo Boulevard in Torrance.

We decided to head over to Monkish Brewing Company, which is a six minute walk from Smog City. Monkish is the second oldest production brewery in Torrance and the only one brewing solely Belgian-style ales in the South Bay. I remember visiting Monkish for the first time back in 2012 when they offered four beers. Yesterday they had 13 ales on tap and one on cask. Another noticeable difference is the styles brewer/owner Henry Nguyen is turning out now. In the beginning the beers were targeted to one type of palate; now it is wide ranging. For example, Monkish was always a favorite of Tanya because she did not like hoppy beers and Monkish beers were never hoppy. While I enjoyed most of what they poured, it was a little heavy for me at times. In recent months Nguyen has released half a dozen (or more) pale ales that were sure to satisfy any hop head’s desire. Galaxy Defender is a great example and is enjoyable to drink on a hot day. And thanks to Monkish, my collection of wine glasses now have something to do again. Monkish Brewing is located at 20311 Western Avenue in Torrance.

An eight minute walk from Monkish is The Dudes’ Brewing Company which, if you have not heard, have finally opened their tasting room. If you were at the grand opening and have not been back you will notice a lot of changes; like plenty of seating and standing room. In The Dudes’ first year or so of distributing their canned beers a lot of people thought they only produced four beers. A visit to the tasting room will reveal that they are doing a lot of experimenting. It should be interesting to see where they are at after a year of having the tasting room open. The Dudes’ Brewing Company is located at 1840 W. 208th Street in Torrance. Cheers!

Back to Goldie Release at Smog City, Monkish and The Dudes’
[Show as slideshow] 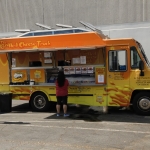 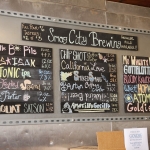 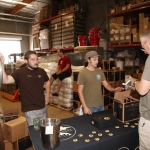 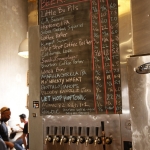 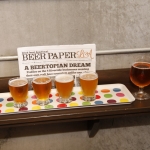 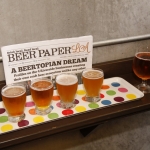 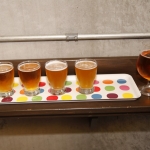 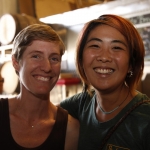 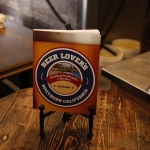 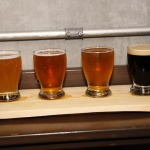 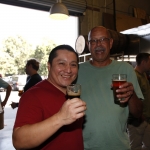 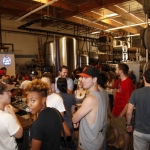 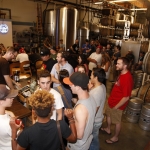 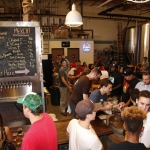