With summer right around the corner, Founders Brewing Co. has announced the release of Solid Gold, a new premium lager that was made available across the Founders national distribution network as of March 1, 2018. The starting point for this beer was a taproom classic, also called Solid Gold, that has been completely revamped by Brewmaster Jeremy Kosmicki. 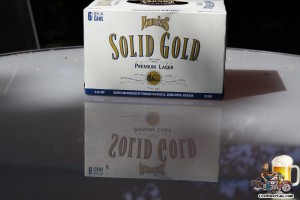 “We built Founders on an attitude of no regrets,” shares Mike Stevens, Co-Founder and CEO of Founders. “An attitude of taking risks to bring the best beer possible to our fellow renegades and rebels. Never brewing to style, but always brewing what we want to drink. Our take on a classic, Solid Gold is a drinkable golden lager brewed with the highest quality ingredients. Challenging what a lager can be? That’s something we won’t regret.”

“Solid Gold is a great starting point for people who are craft-curious,” adds Dave Engbers, Co-Founder and President of Founders. “It’s not over-complicated. It’s simple and well-rounded, full-flavored, but also light and crisp.”

The new Solid Gold recipe features lager yeast, corn and Lemondrop hops for just the right hit of flavor. Made for sessionable drinking, Solid Gold will appeal to classic lager drinkers but adds a craft character, to balance natural sweetness with a touch of citrus. True to the lager style, Solid Gold is a beautiful non-filtered beer, golden in color, with a smooth aftertaste. 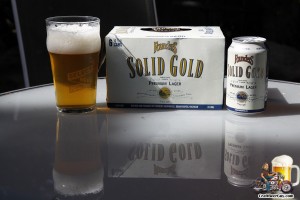 Solid Gold will be released in 6-pack cans, 15-pack cans and on draft throughout the entire Founders distribution network and will be available year-round as of March 1, 2018. Solid Gold will also be the first Founders release available in a convenient 24-pack size. The packaging innovation will be limited to the Midwest states of Michigan, Indiana and Wisconsin in Meijer stores along with select participating retailers.

Established in 1997 by two craft beer enthusiasts, Dave Engbers and Mike Stevens, with day jobs and a dream, Founders Brewing Co. brews complex, in-your-face ales, with huge aromatics and tons of flavor. Founders ranks among the top 20 largest craft breweries in the U.S. and is one of the fastest growing. The brewery has received numerous awards from the World Beer Cup and the Great American Beer Festival and RateBeer and BeerAdvocate users often rate its beers among the best in the world. Located in downtown Grand Rapids, Michigan, Founders is a proud member of the Michigan Brewers Guild. Cheers!